"Co-opting a genocide to further your specific religious perspective is unacceptable," critic says about 'For Such a Time.' 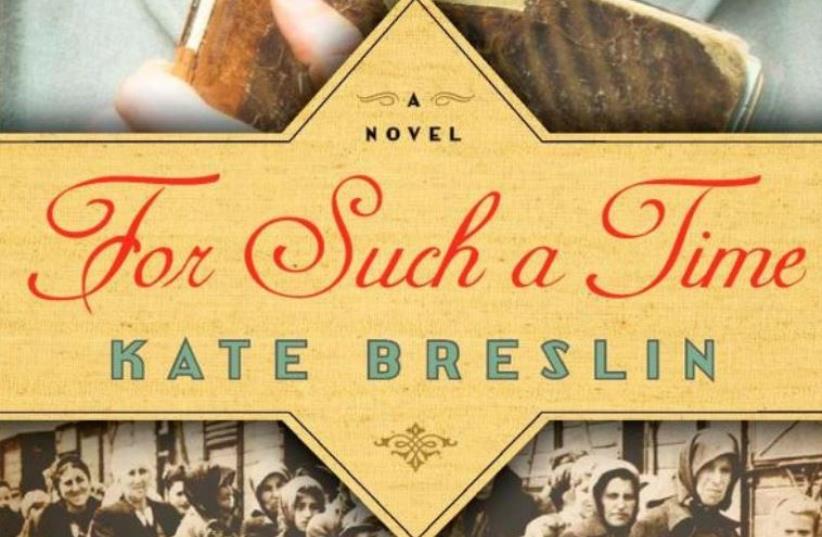 Cover of 'For Such a Time'
(photo credit: Courtesy)
Advertisement
A romance novel which tells the story of a Jewish woman at a concentration camp falling in love with a Nazi commander during World War II has stirred an uproar in recent weeks after it was nominated for two Romance Writers of America awards. Sarah Wendell, author of the Internet site Smart Bitches, Trashy Books said she was disturbed that the book, For Such a Time by author Kate Breslin, uses the Holocaust to promote a religious point of view. "Co-opting a genocide to further your specific religious perspective is unacceptable," Wendell says. "I converted to Judaism, so I have both parts of education on the Christian side and the Jewish side. I can see how [the character]'s Jewishness and Jewish faith are slowly being erased and replaced by all these references to salvation, resurrection and religious forgiveness through sacrifice," Newsweek quoted Wendell as stating.  In a statement provided to Newsweek, Kate Breslin said she was "heartsick and so very sorry that my book has caused any offense to the Jewish people, for whom I have the greatest love and respect.""I have previously stated in posts and interviews on social media that my inspiration for For Such A Time was borne from a compassion for the Jewish people, as in reading from the Book of Esther I realized how they have suffered at the hands of one society or another throughout history," Breslin said in the statement. "It was my intent to write a book that told a more modern-day story of a courageous Jewish woman who, through strength and faith in her God, used her situation to try to save some of her beloved people—much in the way Esther saved hers. And like that Biblical queen’s influence with King Xerxes, through her brave and sacrificial actions, she helped to bring one man to a sense of conscience, prompting him to join in the attempt to save her people," the author added. As for the criticism that the blogger Wendell was trying to censor the romance novel genre, Wendell denied that this was her intention. "I don't actually want this book to be censored," Wendell says. "I wish that someone had the judgment to say before it was published [that] redeeming Nazis through the power of Christian salvation sounds like a bad idea."

Newsweek quoted another Jewish romance novel author, Rose Lerner, who criticized For Such a Time from a different perspective. "I'm a little sick of narratives about the Holocaust that focus on sad Germans and how sad it was for them to participate in atrocities," Lerner said.  "And I'm just tired of stories about the Holocaust that don't focus on Jews.... If there were a lot of heartfelt apologies at the Nuremberg trials, I didn't hear about them."