The hollywood couple, who are raising their daughter Jewish, married in undisclosed location. 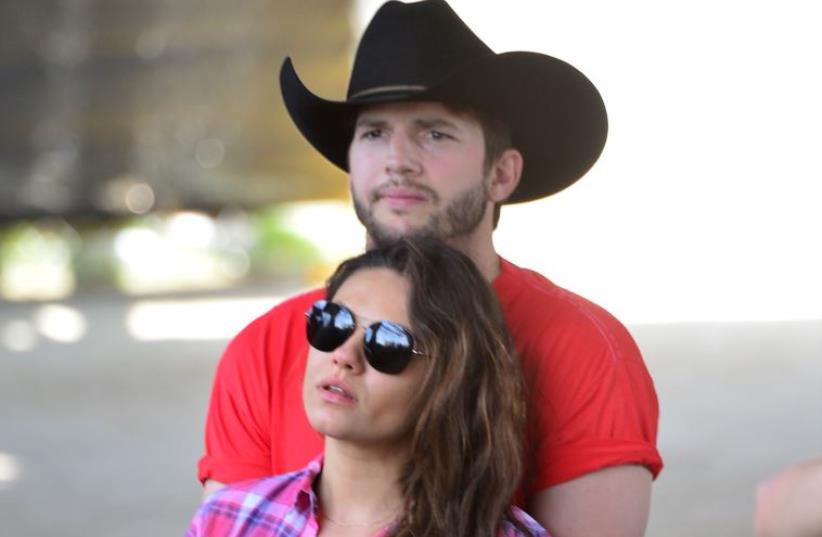 Mila Kunis and Ashton Kutcher
(photo credit: FRAZER HARRISON / GETTY IMAGES NORTH AMERICA / AFP)
Advertisement
Kabbalist Ashton Kutcher and his Jewish baby mama Mila Kunis tied the knot this past weekend, People Magazine quoted sources as saying. The pair met on the set of That 70's show which premiered in 1998, and have been engaged since early 2014. They welcomed their daughter into the world in October of 2014.The couple are huge kabbalah enthusiasts, and their daughter Wyatt, who they plan to raise Jewish, was blessed at a Kabbalah service In Los Angeles.The couple also traveled to Israel to attend the funeral of Kabbalah Center founder Rabbi Phillip Berg in 2013.