Ivanka Trump converted to Judaism in 2009. 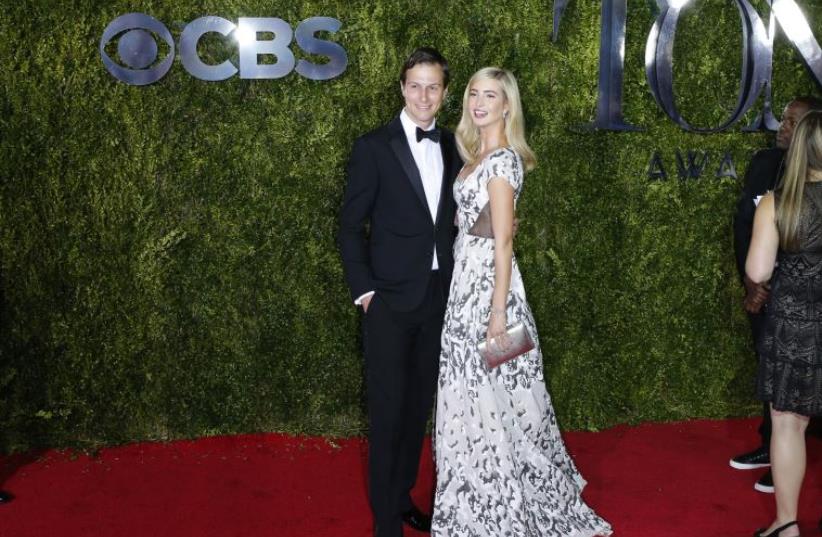 Businessman Jared Kushner and his wife Ivanka Trump
(photo credit: REPRODUCTION PHOTO: BENNY RON)
Advertisement
Ivanka Trump gave birth to a baby boy, Theodore James Kushner, on Sunday. Ivanka is the daughter of frontrunner for the Republican presidential nomination Donald Trump. Ivanka, who converted to Judaism in 2009, is married to real estate mogul and New York Observer owner Jared Kushner. "Jared and I feel incredibly blessed to announce the arrival of Theodore James Kushner," Ivanka tweeted on Monday. She owns several businesses and is an executive at her father’s the Trump Organization, already has a 4.5-year-old girl Arabella and a 24-month-old boy Joseph. As a fashion icon and businesswoman, she has hundreds of thousands of followers on Facebook, Twitter and Instagram.