Israel’s Foreign Ministry told The Jerusalem Post in July that HAWK “is not a university, it is a hatred factory.” 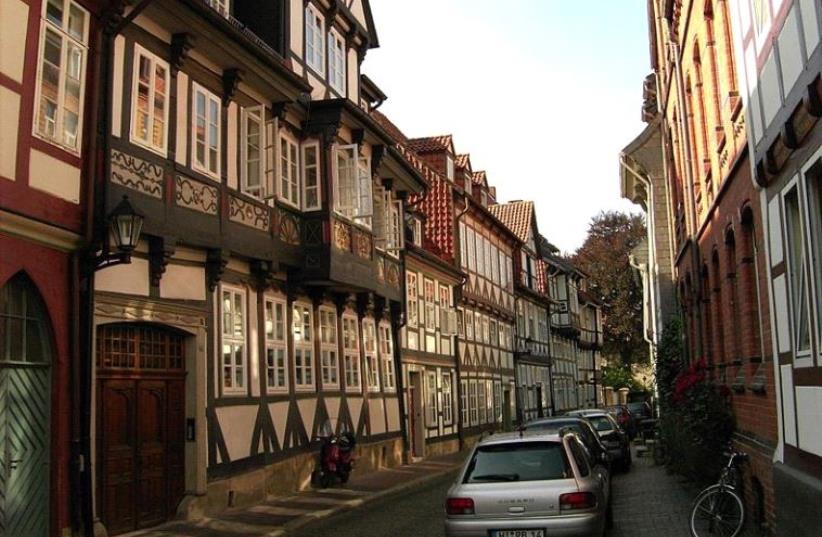 The German town of Hildesheim in Lower Saxony, home to HAWK, the University of Applied Sciences and Arts Hildesheim
(photo credit: Wikimedia Commons)
Advertisement
BERLIN – A leading state politician from the Christian Democratic Union, the party of Chancellor Angela Merkel, slammed a Green Party minister in the state of Lower Saxony for failing to rope in an allegedly anti-Semitic seminar at HAWK University.The German DPA wire service reported on Monday that Jörg Hillmer, deputy representative of the CDU in the Lower Saxony parliament, is investigating allegations that HAWK offered a seminar propagating modern Jew-hatred in targeting Israel for at least 10 years.According to a statement on Thursday, Hillmer said that “an expert a year ago already determined that a seminar at HAWK conveyed a deeply anti-Israel – and in parts anti-Semitic – world view.” He asked: “How can the minister tolerate this when she says at the same time there is no place for anti-Semitism at our universities?” He was referring to Dr. Gabriele Heinen- Kljajic, the Green Party minister responsible for science and culture in Lower Saxony.HAWK is the German-language abbreviation for University of Applied Sciences and Arts, which is located Hildesheim, Lower Saxony. The seminar taught students that Israel was a “dehumanized“ society and an apartheid state, and that Israeli soldiers harvested Palestinian body organs.An aide to Heinen-Kljajic disputed Hillmer’s claim, saying on Monday that all of the referrals were taken seriously.The Central Council of Jews in Germany notified the state government in 2015 about the anti-Israel seminar. An expert opinion was sent to Heinen-Kljajic in 2015 asserting that the seminar was anti-Semitic and that its ideas found parallels in neo-Nazi ideology.The Lower Saxony government is controlled by a Green Party-Social Democratic coalition.Israel’s Foreign Ministry told The Jerusalem Post in July that HAWK “is not a university, it is a hatred factory.” The university’s president, Christiane Dienel, responded on Twitter at the time: “Anti-Semitism accusations against HAWK – Who is really the ‘hate factory’ here?” In a commentary for the weekly German Jewish newspaper Jüdische Allgemeine in August, Hans-Ulrich Dillmann, who first reported on the seminar in July, called for Dienel to resign. Heinen-Kljajic did not make such a demand.Dienel’s spokeswoman, Sabine zu Klempen, declined to respond to a query from the Post about the call for her resignation.Over the years, critics have repeatedly informed HAWK’s management about the course, but the university continued to defend it into early August.However, after the Post reported on the seminar, it announced that it would be replaced by a more general module on Middle East conflicts.