Rabbi Funye is the spiritual leader of the Beth Shalom Bnai Zaken Ethiopian Hebrew Congregation and the only black rabbi on the Chicago Board of Rabbis. 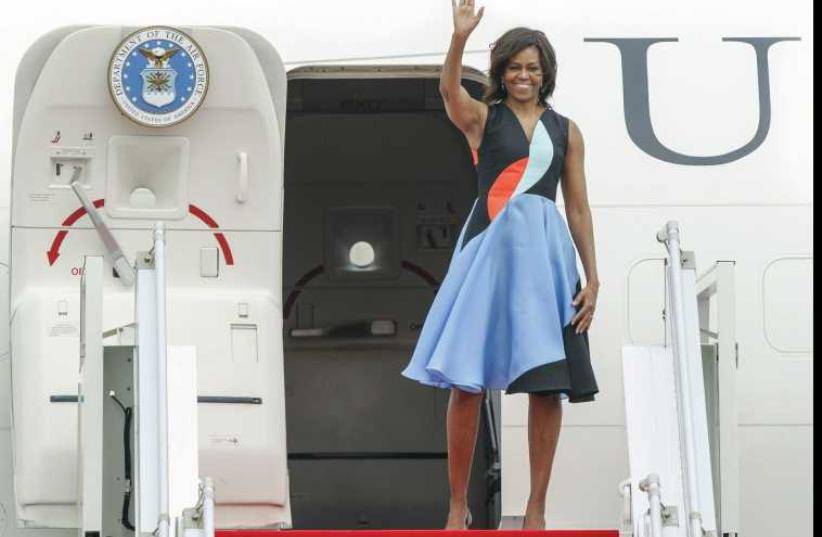 Michelle Obama fashion choices have drawn both admiration and criticism.
(photo credit: REUTERS)
Advertisement
Rabbi Capers Funnye of Chicago was nominated to become what an international organization is calling the first “black chief rabbi” of the 21st century.A statement from the International Israelite Board of Rabbis declared that Funnye would serve as the “titular head of a worldwide community of Black Jews.” Along with the United States, the community has branches in the Caribbean, South Africa, Uganda and Nigeria. Funnye, a cousin of first lady Michelle Obama, is expected to officially assume his duties in the fall. His nomination was unanimous; Funnye ran unopposed. The position has been vacant since the 1999 death of Rabbi Levi ben Levy.Funnye is the spiritual leader of the Beth Shalom Bnai Zaken Ethiopian Hebrew Congregation and the only black rabbi on the Chicago Board of Rabbis. He was ordained by the Israelite Rabbinical Academy in New York and not by one of the mainstream Jewish branches.Rabbi Capers Funye
His goal as chief rabbi is to build closer ties with the Ethiopian Jewish community that was transplanted to Israel, the International Israelite Board said in its statement.The Black Hebrew Israelites are not recognized as Jews by the mainstream Jewish community. Funnye converted to Judaism, the Chicago Tribune reported.Funnye has traveled to Israel to meet with Prime Minister Benjamin Netanyahu.