The initiative, three years in the making, hopes to unite Jewish people in Israel and the Diaspora. 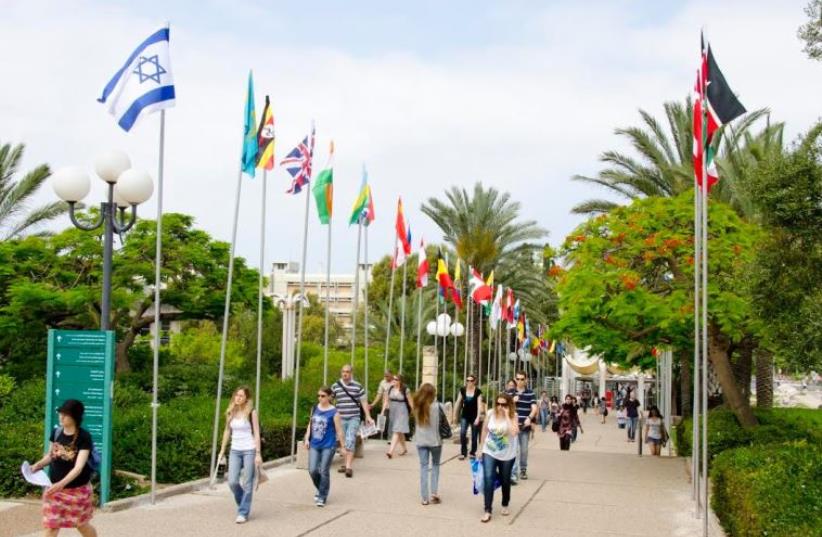 The campus of Tel Aviv University
(photo credit: TEL AVIV UNIVERSITY)
Advertisement
An enterprise three years in the making to pour millions of dollars into strengthening Diaspora Jewry officially started its first project Thursday with a series of grants to three international college-campus organizations.Mosaic United, formerly known as the Israel-Diaspora Initiative, also unveiled its new name, website and logo.“The Jewish people really are a mosaic and there are so many different pieces that are separated,” Mosaic United CEO Amy Holtz told The Jerusalem Post, explaining the choice of name. “We're hoping to bring the beautiful mosaic of the Jewish people from Israel and the Diaspora together.”The Israel-Diaspora Initiative was founded in January as the reincarnation of what was originally known as the “Government of Israel World Jewry Initiative,” which got its start with a government decision in June 2014 that set aside nearly NIS 200 million for Diaspora programming.The initiative hit some bumps along the way, including a rift between the Diaspora Affairs Ministry – tasked as the government arm to lead the initiative – and the Jewish Agency, which eventually pulled out of the collaboration.The ministry ultimately decided to found a non-profit corporation to serve as the umbrella organization to establish and fund programs for all Diaspora Jews, approximately eight million people around the world, with a two-fold purpose – strengthening Jewish identity and bolstering engagement between the State of Israel and Jews around the world.Holtz is the former president of Jerusalem U, a film-based Jewish educational NGO. Joining her in bringing Mosaic’s vision to fruition is Gary Torgow, an influential and active Detroit businessman who serves as chairman of the steering committee. Other members of the steering committee are David Shapira from Pittsburgh and Karen Davidson, who is also from Detroit.The government is putting in one-third of the money and the other two-thirds will come from philanthropists, foundations and Jewish organizations.At the outset of the plan, the Israeli government expressed its desire to change the existing paradigm whereby Israel, in the words of Diaspora Affairs Minister Naftali Bennett, “views the world as a source of aliya and a big fat wallet.”Now, Bennett has said in the past, the government is also contributing funds to benefit Jews in the Diaspora.For this first project, the government contributed $22m., which has been shared between Chabad on Campus International, Hillel International and Olami, each of which received more than $7m. in grants to support their ongoing efforts to engage Jewish students.The three organizations will match the contribution two-to-one, resulting in an overall inflow of $66m. into Jewish life on campus over the next two years.The three Jewish groups are traditionally campus rivals, and getting them to participate in this project is, in itself, viewed by Mosaic as a success.“The three organizations all do complementary work and it’s a tremendous salute to the leaders of these organizations that they are willing to collaborate and share best practices,” remarked Holtz.“They each reach unique target audiences and they are tremendous leaders that they can get together and look at the field rather than working in silos.”Torgow said Mosaic will help the campus organizations invest in a number of areas.“We’ll try to help them expand, with additional senior educators, a fellowship program to train young Jewish professionals and encourage more individuals to go into that field on campuses and beyond, to increase programming, encourage more immersive experiences on college campuses for Jewish students,” he said.Eric D. Fingerhut, president and CEO of Hillel International, said the organization was proud to partner with Mosaic United.“It will provide new resources and opportunities for Hillel to further our vision of engaging every Jewish student to make an enduring commitment to Jewish life, learning and Israel by strengthening our talent initiatives and expanding educational programs that help us engage more students.”Mosaic initially will focus on a number of key pillars, including engagement on college campuses, summer camps, teen travel to Israel, outreach to young adults and service learning. The premise is to provide continuous Jewish frameworks for those between the ages of 12-35.“The long-term vision is to build Jewish identity for the next generation – to make Judaism important and relevant to them and to strengthen Diaspora ties with Israel,” Holtz explained.The state also has flagged assimilation and intermarriage as issues that can be tackled via Mosaic, believing that with more continuous programming available to Jewish teenagers through to young adults around the world, these phenomenons can be reduced.“People need to understand why Jews are privileged to be Jewish. We’re an amazing people, we do tremendous things for the world, we have a great set of ethics, we rebirthed a modern and moral state. We’re not perfect, but we try and we’re committed to growth,” said Holtz.