Son of longtime head of Southeast Asian nation's Jewish population to take place of father at synagogue in Yangon. 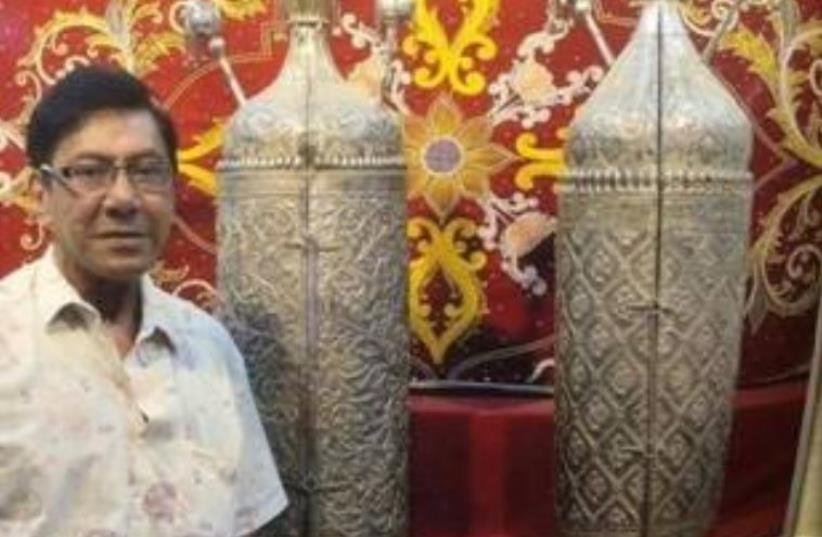 Moses Samuels
(photo credit: COURTESY BURMESE JEWISH COMMUNITY)
Advertisement
Moses Samuels, the longtime leader of the Jewish community of Myanmar, died on Friday. He was 65.According to Public Radio International, he had been suffering from throat cancer for two years.“Of Iraqi Jewish descent, Moses Samuels continued the work of his father in caring for the synagogue and Jewish community for over 35 years,” the community said in a statement on Monday.“He certainly kept Judaism alive with a profound love for his heritage and was an inspiration to many people, a helping and warm hand to all visitors who came to the synagogue in Yangon, Myanmar.He treated everyone with equal respect and dignity with an open door – no matter if they are Jewish or Buddhist, Muslim or Christian, Hindu or Baha’i.”Jews first came to Myanmar, formerly Burma, in the late 18th century. With a peak population of between 1,200 and 2,500, the community is now “teeter[ing] on the verge of extinction,” according to the Jewish Times Asia.Many of the country’s Jews fled during Japan’s wartime occupation, with others leaving for economic reasons during the 1960s. There are now fewer than 20 Jews left, according to most estimates.Samuels’ son Sammy, a graduate of Yeshiva University, will take over his father’s position.