MSNBC host Christopher Hayes responded to the actions of an ultra-Orthodox man on a flight saying it's time to have a "good, frank" talk about BDS. 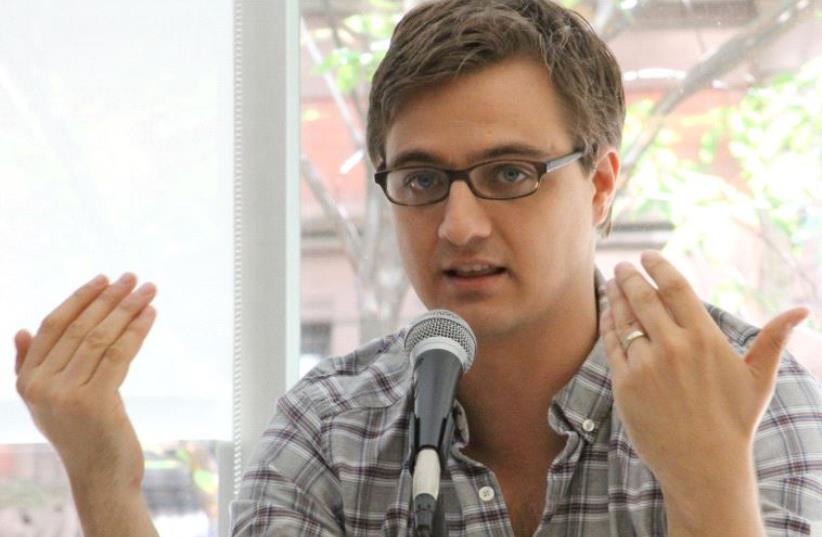 Christopher Hayes speaking at a panel in 2012
(photo credit: JOANN JOVINELLY / WIKIMEDIA COMMONS)
Advertisement
MSNBC host Christopher Hayes  found himself in the middle of a Twitter war on over the weekend after jokingly responding to a tweet by a colleague with a tweet of his own seemingly in support of the Boycott, Divest, Sanctions (BDS) movement against Israel.On Wednesday, journalist Collier Meyerson recounted on Twitter of being asked to change her seat on an Air France flight after a “hassidic man” refused to sit next to her. Hayes, who is also editor of the magazine The Nation, responded to her post by saying it was the “perfect time to start a good, frank BDS convo.”

Meyerson, whose father is Jewish, shot back at Hayes’s comment, saying that she “doesn’t discriminate against hassidic folk” and pointed out that the man may be from the Satmar Hassidic sect, which is anti-Zionist.

@chrislhayes hey man I don't discriminate against Hasidic folk, they could be satmar, a sect who are actually anti-zionist !
— collier meyerson (@collier) August 31, 2016

His post garnered dozens of responses, most of the them perturbed by his connection between the actions of the Jewish man on the flight and a boycott of Israel. Several commentators said that making the link was anti-Semitic.Hayes answered the accusations by saying that he was “happy to delete the tweet since outside the context of our back & forth I understand why people found it offensive.” When asked if he supported BDS, Hayes responded, “I don’t. Or at least my views are muddy. The subject of this joke was my friend’s views on the issue.”