One of the visitors to the synagogue has terminal cancer and was visiting different houses of worship with her mother to learn about different religions. 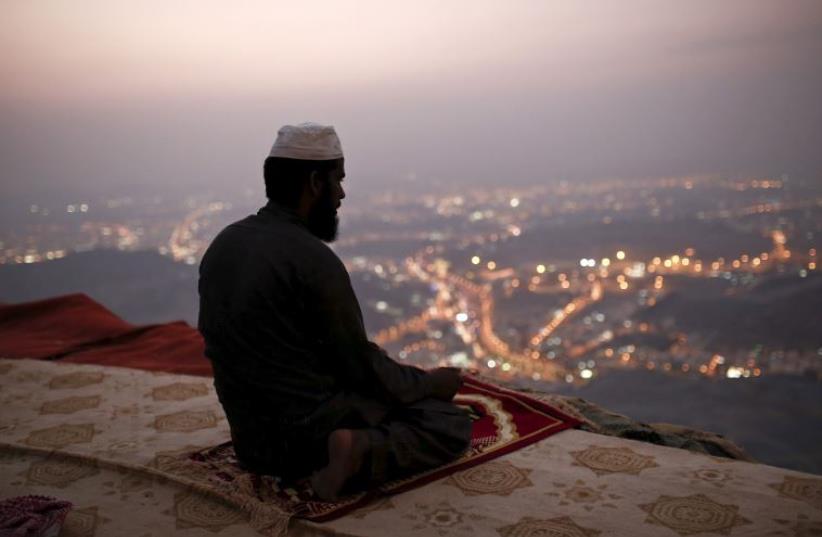 A Muslim pilgrim prays atop Mount Thor in the holy city of Mecca ahead of the annual hajj pilgrimage
(photo credit: REUTERS)
Advertisement
Miami-area Jews are reported to be on edge after Muslim women wearing hijabs entered a local synagogue two times asking questions about the congregation.The women visited Congregation Beth Israel twice, the first time on Feb. 12 right before the start of Shabbat, according to local reports, citing police. They reportedly asked about times of services and programs, the numbers of participants and the busiest times at the synagogue,  the local ABC affiliate reported.One of the women pulled out a Koran during a visit. Similar visits occurred at two other Miami-area synagogues, according to reports. A male and female Muslim also approached two children in the area asking them similar questions, according to ABC.The FBI reportedly is involved in the investigation. No crime has been committed.“North Miami Beach Police are in receipt of a suspicious incident at a temple in North Miami Beach. We are working with multiple agencies to identify the people involved,” said a statement issued by police and published by the local CBS affiliate.WSVN News 7 in Miami reported that law enforcement sources told the news station that one of the women seen in surveillance video from the synagogue has terminal cancer and was visiting different houses of worship with her mother to learn about different religions.