Of all the many refuseniks who came to our attention, Volodya was one of the most memorable and probably the most famous 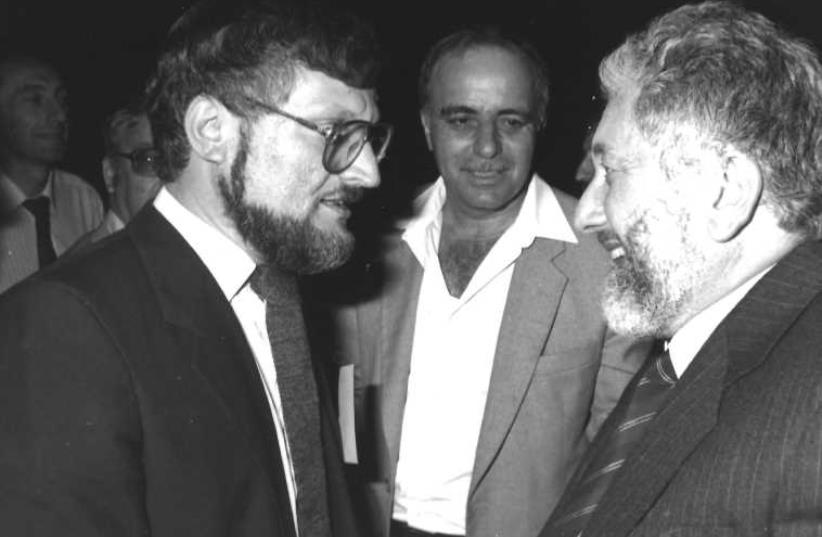 CHAIM CHESLER, then-CEO of the Israel Public Council for Soviet Jewry (left), and absorption minister Ya’akov Tzur (center) welcome former prisoner of Zion Vladimir Slepak at Ben-Gurion Airport in 1987.
(photo credit: JPOST ARCHIVE)
Advertisement
What has not been written about Vladimir Slepak? I was glad and proud to call him a friend – a friendship that actually began years before I actually met him. As secretary-general of the Israel Public Council for Soviet Jewry, he was one of the many dissidents, refuseniks and Prisoners of Zion for whom we organized demonstrations, got up petitions, wrote letters and articles in the press, including in our own publication, Focus Soviet Jewry, and together with many other organizations world-wide tried to galvanize the world to help relieve the oppression of Soviet Jews.Of all the many refuseniks who came to our attention, Volodya was one of the most memorable and probably the most famous of all after Anatoly Sharansky. Not just for the fact that he and his wife Masha were refused an exist permit for 17 years on the absurd grounds that as a radio electronics engineer he was possessed of knowledge that would be detrimental to the Soviet Union should he be allowed to leave. Of no less importance was Volodya’s strength of character and moral determination.With his vast beard which tended to fork in the middle, his booming voice and bear-like physique, he looked like a Russian Santa Claus. He and Masha remained determined in the face of all odds, and despite intimidation, threats and even beatings, and their demand for permission to repatriate to Israel was inexhaustible. In the euphoria in the aftermath of the Six Day War in 1967,which swept up the Slepaks as well as tens of thousands of other Soviet Jews, their efforts to leave were redoubled.Volodya was repeatedly arrested and jailed, but the two of them continued to organize and participate in countless demonstrations. On one occasion they hung placards around their necks with a slogan in Russian and English: “Let us go to our children and grandchild.” Convicted of “malicious hooliganism,” Volodya was sent to the Siberian-Mongolian border where he spent five years in exile.When their two sons, Leonid and Alexander, were granted exit permits and moved to the United States, Masha and Volodya assumed they would never see them again, but miraculously, 17 years after first applying to leave, in 1987, they were eventually permitted to leave – two days before Volodya’s 60th birthday. They arrived in Israel and I had the privilege of greeting them personally for the first time and where they were greeted by an adoring and rapturous crowd. Although they eventually moved to the United States to be with their children and grandchildren, we continued to maintain contact and a friendship which was not dimmed by the years.Next week, Limmud FSU (former Soviet Union) together with The Jerusalem Post is launching in New York an exhibit of some 50 photographs commemorating 25 years since the opening of the gates of the Soviet Union in 1990. It was our intention to invite Volodya to attend and speak at the opening as our guest. Sadly, that will not happen, but we will be honored that Masha Slepak, who was an equal partner in the struggle with Volodya, will be able to attend.His passing, aged 87, is deeply saddening but his bravery and modesty in the face of persecution will always remain in my heart as an example of unselfish determination. May his memory be blessed.The author is founder and chairman of the executive of Limmud FSU.The Jerusalem Post and Limmud FSU will open an exhibition at The Jerusalem Post Annual Conference in New York on June 7 to mark 25 years since the former Soviet Union opened its gates to allow Jewish emigration.