“It’s very disappointing to us. It’s another example of our calendar not being respected,” said Adam Organ, Executive Director of the Raleigh-Cary Jewish Community Center. 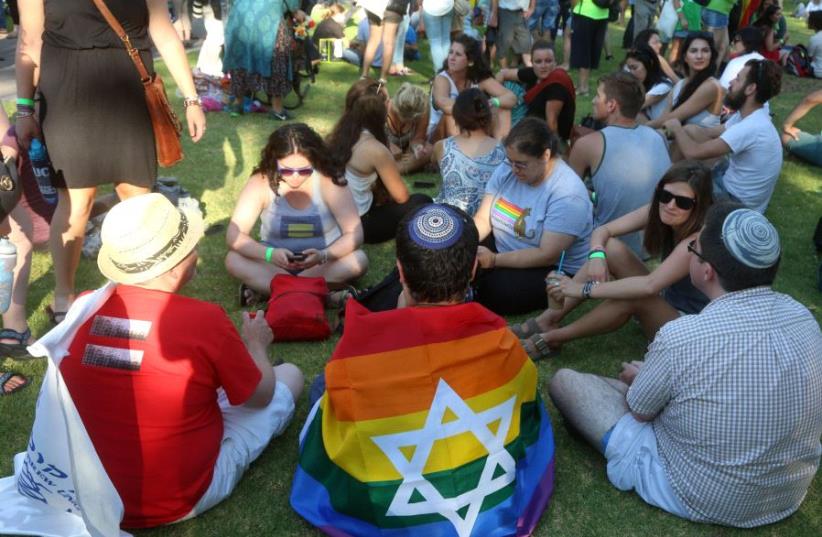 Participants at Jerusalem Pride Parade, 2016
(photo credit: MARC ISRAEL SELLEM/THE JERUSALEM POST)
Advertisement
North Carolina’s Jewish community is expressing disappointment and anger over the scheduling of the state’s annual Pride parade and festival on Yom Kippur.The NC Pride event in Durham has been held on the last Saturday of September for the past 17 years, according to organizers. This year, Saturday Sept. 30 is Yom Kippur.Organizers have asked the Jewish community for their forgiveness, but say that rescheduling the event is not possible due to other community events and plans.“As our event has become larger, the City of Durham, Duke University and other community events in the fall have planned around our event on that established weekend. Even so, we feel the need to recognize this year’s conflict to our Jewish friends, ask for their forgiveness and look forward to their participation in our event in future years,” NC Pride said in a statement posted on its website.Jewish leaders in Durham are planning a separate event in October, perhaps with the participation of the Raleigh Jewish community, according to reports.John Short of NC Pride told the News & Observer newspaper in Raleigh that organizers first realized that there was a conflict with Yom Kippur about a month ago.“It’s very disappointing to us. It’s another example of our calendar not being respected,” said Adam Organ, Executive Director of the Raleigh-Cary Jewish Community Center. There are about 15,000 Jewish households in the Raleigh area.Several Jewish groups have marched in the parade in recent years.Carolina Jews for Justice said in a statement that: “No group of people, Jewish or otherwise, should have to choose between our LGBTQ identities and the other identities that are important to us and shape our lives.”The conflict comes on the heels of an incident at the Chicago Dyke march in which three Jewish women were asked to leave over their Jewish Pride flags, which include a Star of David in the center of a rainbow flag.