Claudine Kauffmann blamed a Jewish party spokesman for her suspension from the party. 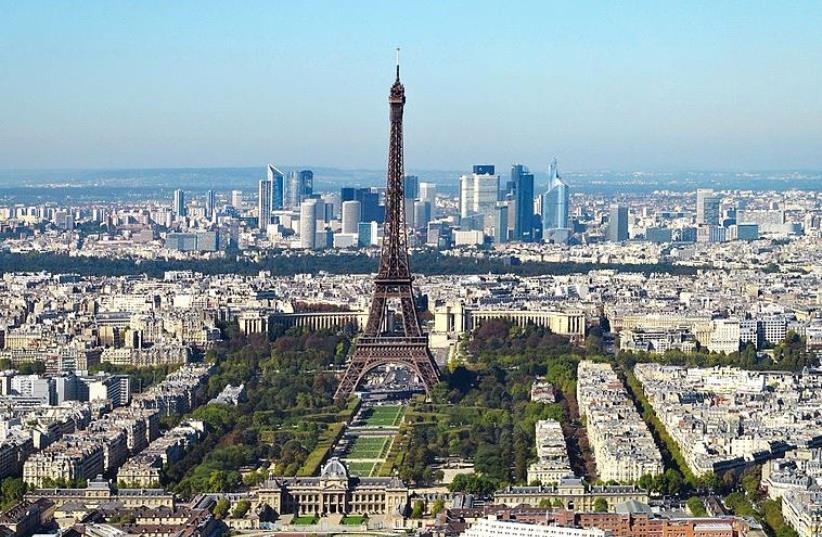 Paris, France
(photo credit: WIKIMEDIA)
Advertisement
A far-right lawmaker who got suspended from France’s National Front party for equating immigrants and Nazis said she was a victim of a “cabal” headed by a Jewish party member.The conflict between the suspended senator Claudine Kauffmann and party spokesperson David Rachline erupted last week, further underscoring longstanding tensions and divisions within the nationalist party over Jews, Nazis, anti-Semitism and collaboration during the Holocaust.Kauffmann, who on Oct. 1 became the first woman senator representing the National Front, was suspended two days later following an expose by the news site BuzFeed about her, detailing a multitude of provocative statements about Muslims on social networks.In May, she posted on Facebook a color picture of brown-skinned men wearing blankets on a Paris sidewalk, juxtaposed with a black-and-white picture of Nazis wearing long Nazi-issued raincoats marching through the French capital.“If the picture on the left isn’t called occupation,” she wrote of color picture, “then you tell me how it’s called,” she wrote.Following her suspension, she said the suspension was not over the statements but a case of petty score-settling between politicians vying for party nominations.“I didn’t want to quit so now I’m an enemy of everyone on the side of David Rachline and Frederic Boccaletti,” she said, referencing the party’s spokesperson, who is Jewish, and a leader of the party in southern France. “This cabal is very hard to survive especially when it’s coming from one’s own party,” Kaufmann told the news site Public Senat.In French as in English, the word cabal, designating a clandestine and often sinister group, originates in Kabbalah, a school of thought featuring the study of the occult  that originated in Judaism. It is sometimes used to imply the existence of Jewish conspiracies without openly violating laws against racist hate speech in France.National Front’s founder, Jean-Marie Le Pen, has several convictions for denying aspects of the Holocaust, as well as for inciting racial hatred against Jews.His daughter, who succeeded him in 2011 as party leader, has attempted to rehabilitate the party’s image, condemning the Holocaust and distancing herself from her father’s anti-Semitic rhetoric.She also kicked him out of the party for suggesting a Jewish singer who criticized the party be “put in the oven,” sparking an open row between Jean-Marie Le Pen’s brand of racist nationalism and the reform-oriented camp supporting his daughter.But In March she said that “France is not responsible” for its authorities’ actions during the Nazi occupation, when French police officers helped Nazis round up Jews and send them to be murdered. CRIF, the umbrella group of French Jewish communities, said this revealed National Front has not changed.Under Marine Le Pen, the National Front has seen a purge in which dozens of members were kicked out of the party for making anti-Semitic statements or expressing revisionist views about the Holocaust. She kicked her father out of the party in 2015 for making anti-Semitic statements about a Jewish singer, whom Jean-Marie Le Pen said should “go into the oven.”National Front won just over a third of the votes in the final round of the presidential elections in May. It was the best result in the history of National Front, which made it to the second round for the first time in 2002, when Jean-Marie Le Pen won 18 percent of the vote in the first round.