Nazi-looted art not to be returned to Jewish heir, California court rules 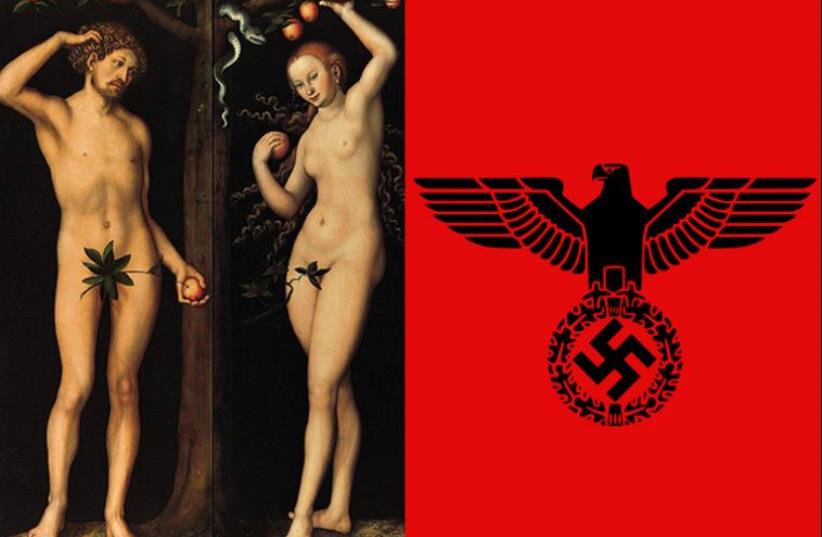 Lucas Cranach the Elder, Adam and Eve, circa 1530 and a Emblem of the Deutsches Reich
(photo credit: Wikimedia Commons)
Advertisement
A US District Court has ruled in favor of a southern California museum over the ownership of two masterpieces taken by the Nazis in World War II. Marei von Saher claims that the two art works were seized from her father-in-law, Dutch Jewish art dealer Jacques Goudstikker, by Nazis when his family fled Holland.The two paintings have been held by the Norton Simon museum in Pasadena, California, for over 30 years.US District Court Judge, John F. Walter ruled in favor of the museum retaining ownership of the two masterpieces. According to the judge, the family abandoned their claim to the paintings after the Dutch art dealership did not seek restitution for the pieces immediately following the war.The two German pieces, "Adam" and "Eve," were created by German painter Lucas Cranach the Elder, circa 1530, and were purchased by American industrialist Norton Simon in 1971, according to the LA times. Von Saher, the art dealer's daughter in law, plans to appeal in order to retain the art works she claims were looted by the Nazis from her family. In April 2016, an Austrian museum returned two art works to a Holocaust victim's heir while retaining three others in the museum's possession.