Founder: JICNY is a “gateway into the Jewish experience and the first point of contact for individuals relocating to New York.” 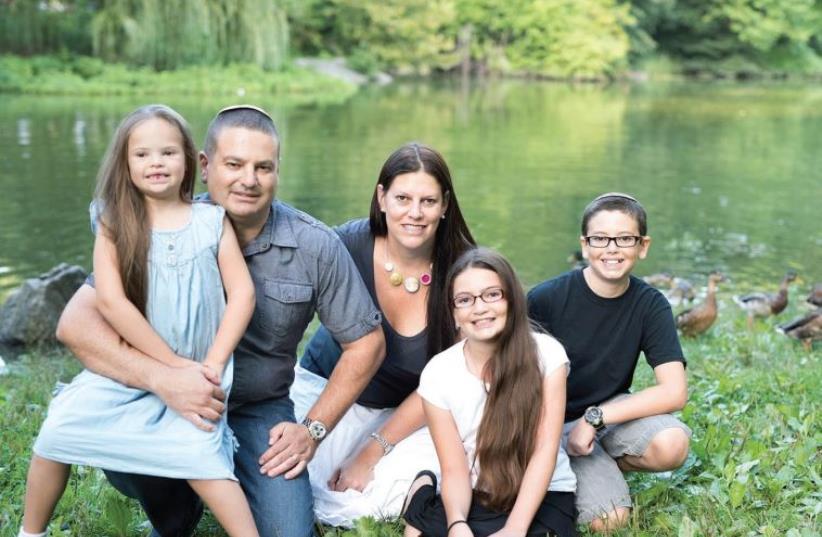 The Samuels, in New York City (from left): Caila, Gavin, Jodi, Temira and Meron. The children are a star presence at JICNY events, laying tables and delivering ‘divrei Torah.’
(photo credit: SAM ULRICH)
Advertisement
NEW YORK - In the hustle and bustle world of New York City, the dizzying chaos of the “Big Apple” can often leave new arrivals with a feeling that they’re “just another face in the crowd.”So when Jodi Samuels moved to Manhattan from South Africa nearly two decades ago, she was inspired to establish an organization that would offer Jewish newcomers from far-flung lands a “soft landing” as they cope with their new surroundings“Our organization is a Jewish home away from home,” Samuels told The Jerusalem Post in a recent interview, articulating the central idea edifying her organization The Jewish International Connection NY.This year, the JICNY is helping to sponsor the annual Jerusalem Post Conference in New York City, featuring a number of prominent figures in the Jewish community, such as Defense Minister Avigdor Liberman, commentator Caroline Glick and Ambassador to the UN Danny Danon. Being apart of the conference, Samuels said, is a great “opportunity to get in contact with top leaders in the Jewish world,” adding that the conference will help reach out to people who would benefit from the JICNY. Born in Johannesburg, the now mother-of-three moved to New York City in September 2000 after her husband, Gavin, took a position as a pharmaceutical executive. Suddenly thrust into a chaotic new world, Samuels said that she almost immediately recognized the need for a community made up of individuals like herself to gather together and keep “connected to Jewish life.”“Three weeks after moving to New York, I understood there was a need to set up an organization to help members of the Jewish community stay connected with Jewish life.”The immense size and staggeringly dense population of urban environments like New York City can often lead to feelings of detachment and isolation, a phenomenon sometimes referred to “urban loneliness.” The experience can be more acute for international immigrants. Culture shock and a lack of homogeneous social structures can cause them to stray from their cultural and religious foundations in order to acclimate better to their new environment. “Urbanization,” according to McGill University Professor Kim Samuel, “is associated with mental health issues due to increased stressors and reduced social support.“Evidence suggests ‘the sheer scale of urban life’ contributes greatly to feelings of isolation. Furthermore, though diversity is positive, the vast range of lifestyles and cultures in cities leads to a heterogeneity that raises the chances of social isolation compared to” other communities. That’s one reason why Samuels said she was inspired to create what she calls “on-ramps to the community,” where Jewish internationals can come together and bond over their shared experience. Samuels boasts that the JICNY is a “gateway into the Jewish experience and the first point of contact for individuals relocating to New York.”