Centenarian saved hundreds of mostly Jewish Czech children from Nazi persecution in the run-up to WWII. 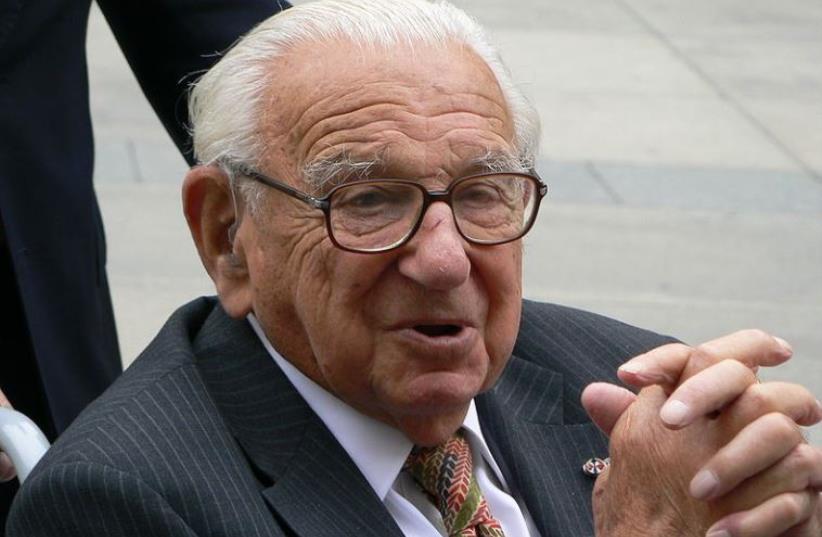 Sir Nicholas Winton in Prague
(photo credit: Wikimedia Commons)
Advertisement
LONDON - A man who became known as the "British Schindler" for saving hundreds of Czech children from Nazi persecution in the run-up to World War Two, has died at the age of 106.Nicholas Winton died on Wednesday with his daughter Barbara and two grandchildren at his side, according to a statement from the Rotary Club of Maidenhead in southern England, of which he was a former president.Winton managed to bring 669 mostly Jewish children on eight trains to Britain through Germany in 1939 but the ninth train with 250 children never left Prague because the war broke out. None of the 250 children on board was ever seen again.Winton had worked as a stockbroker before heading to Prague in 1938 to help with welfare work for Czech refugees and was 29 when he masterminded the rescue of the children.His achievements were often compared with those of Oskar Schindler, the ethnic German industrialist who saved the lives of 1,200 Jews during the Holocaust and who was the subject of the 1993 film "Schindler's List."Winton's wartime exploits, however, remained a secret for years until his wife Greta found a detailed scrapbook in their attic in 1988.He had not even told her of his role."You can't come up to somebody and say: 'by the way do you want to know what I did in '39?' People don't talk about what they did in the war," Winton told Reuters Television in 2009.Over the years, Winton's work had been recognized with various awards and with a small planet discovered by Czech astronomers named in his honor.He had also been commended by the US House of Representatives which said it "urges men and women everywhere to recognize in Winton's remarkable humanitarian effort the difference that one devoted, principled individual can make in changing and improving the lives of others."The Rotary Club quoted from a 1939 letter in which Winton had written: "There is a difference between passive goodness and active goodness, which is, in my opinion, the giving of one's time and energy in the alleviation of pain and suffering."It entails going out, finding and helping those in suffering and danger and not merely in leading an exemplary life in a purely passive way of doing no wrong."