Michael Kosterlitz was recognized along with David Thouless and Duncan Haldane on Tuesday for their pioneering work in topology. 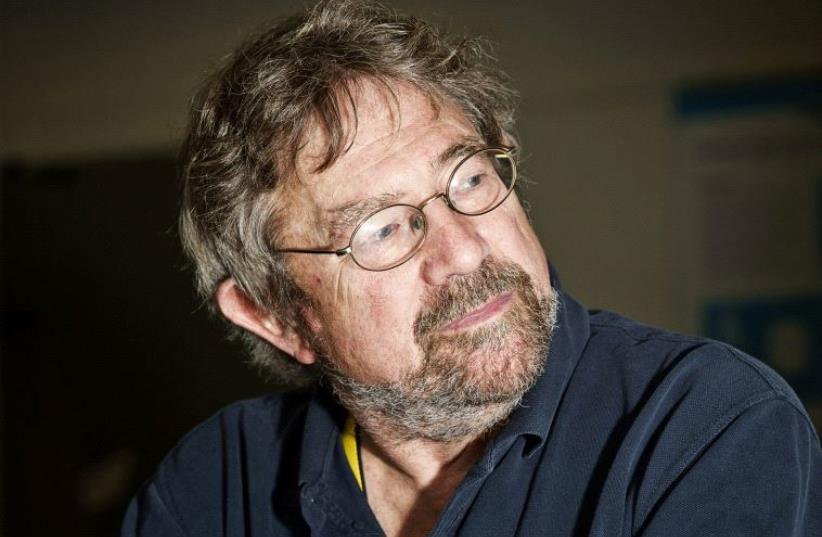 Winner of the Nobel Prize in Physics John Michael Kosterlitz poses at Aalto University in Espoo, Finland on October 4, 2016
(photo credit: REUTERS)
Advertisement
One of the three British-born scientists to win the Nobel Prize for physics is the son of German Jews who escaped the Nazis.Michael Kosterlitz was recognized along with David Thouless and Duncan Haldane on Tuesday for their pioneering work in topology, a branch of mathematics that reveals the physical properties of matter and space that remain unchanged under pressure or stretching.Kosterlitz’s father, a biochemist named Hans Walter Kosterlitz, fled to Scotland from Berlin in 1934, and later brought his mother, his fiancee — who would later become the younger Kosterlitz’s mother — and his brother to join him.Thouless won half of the 8 million Swedish kronor, or $931,000 prize, with Haldane and Kosterlitz sharing the other half. Their discoveries were made in the 1970s and 1980s.Kosterlitz is now affiliated with Brown University, Thouless with the University of Washington, and Haldane with Princeton University.Nobel physics committee member Thors Hans Hansson used a bagel and two pastries to try to explain the scientists’ work to the media.“I have a cinnamon bun, I have a bagel and a Swedish pretzel with two holes,” he said. “Now for us these things are different. One is sweet, one is salty; they are different shapes. But if you are a topologist there is only one thing that is really interesting with these things. This thing [the cinnamon bun] has no holes, the bagel has one hole, the pretzel has two holes.”