Juster first discovered his interest in words with the help of Yiddish books in his parents’ house. 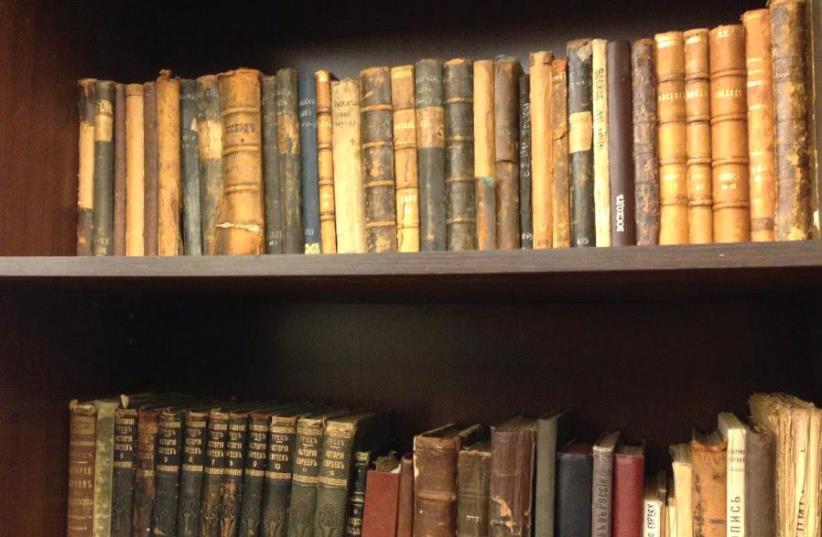 Along with its new digitized contents, the Jewish Museum in Moscow will not be without books, especially Russian and Yiddish tomes
(photo credit: JULIE MASIS)
Advertisement

Norton Juster, a Jewish architect and children’s book writer best known for his classic wordplay-filled novel “The Phantom Tollbooth,” died Monday. He was 91.

The cause was complications from a recent stroke, according to his daughter Emily.

“The Phantom Tollbooth,” published in 1961, follows a bored boy named Milo who drives a magical toy car through a fantasy land full of numbers, puns and other lessons. It was one of the most beloved children’s books of the 20th century for its creative storyline and its aim at inspiring intellectual curiosity among children.

Juster first discovered his interest in words with the help of Yiddish books in his parents’ house.

He told Tablet that his parents, Jewish immigrants from Romania and Poland, had multiple shelves of thousand-page novels and other tomes translated from Yiddish and Russian.

“I just loved the language and the way the words sounded,” he said.

Juster grew up in Brooklyn during the Great Depression, and he recalled to Tablet that he savored the taste of his mother’s kasha varnishkes during those years.

After studying architecture at the University of Pennsylvania, he served in the Navy. While stationed at the Brooklyn Navy Yard, he met Jules Feiffer, the Jewish cartoonist who would later illustrate “The Phantom Tollbooth.”

Despite the success of “The Phantom Tollbooth,” Juster stayed an architect for decades and lived in Massachusetts. He died at his home in Northampton.