Dozens of mayors from around the world are expected to gather at event organized by Jewish organizations. 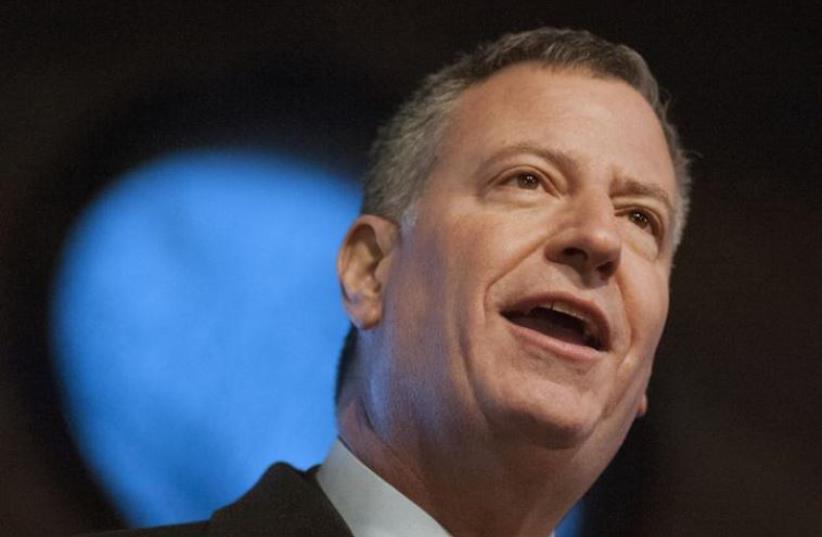 New York City Mayor Bill de Blasio
(photo credit: REUTERS)
Advertisement
New York Mayor Bill de Blasio will arrive in Israel on Friday, in his first trip to the country since he took office in January 2014.He is making the three-day visit to participate in the Annual Conference of Mayors organized by the American Jewish Congress, American Council for World Jewry, and World Forum of Russian-Speaking Jewry, which will be held in Jerusalem.Dozens of mayors from around the world are expected to gather at the event and de Blasio is scheduled to give a keynote address Sunday on the topic of “Anti-Semitism in the West: How Cities Must Lead.”De Blasio has been vocal about the issue in past speeches. Back in July 2015, at an event held by the AJC, he called for an “unmistakable and consistent” response to acts of anti-Semitism, which he described as “the cancer that never went away.”“That cancer was not eradicated at the end of World War II,” he said.The mayor’s office stressed that the trip will not cost the taxpayers anything, as all expenses for de Blasio and his staff will be covered by a private gift to New York City made by Israeli entrepreneur Baruch Eliezer Gross.Gross, who is the chairman of Besadno, a leading Israeli incubator and start-up group, said he is honored to “join the mayor in his fight against anti-Semitism and in support of tolerance.“New York City can provide other cities with a model for protecting all communities against hate,” Gross said. “I look forward to the mayor’s visit and his remarks in Jerusalem.”