The resolution called on the union and its parent union, the United Auto Workers, to divest from Israeli companies. 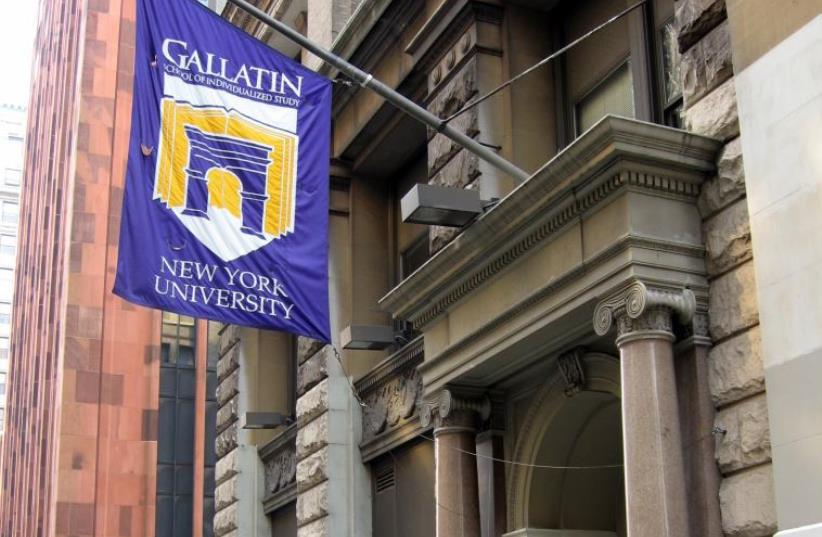 he entrance to the Gallatin School of Individualized Study at New York University.
(photo credit: RYAN PADRIAC)
Advertisement
The graduate student union at New York University voted to approve a motion to support a Boycott, Divestment and Sanctions resolution against Israel.The resolution was approved by two-thirds of the 600 union members who voted on Friday, according to reports citing the Graduate Student Organizing Committee. The committee represents more than 2,000 graduate teaching and research assistants at the university.The resolution called on the union and its parent union, the United Auto Workers, to divest from Israeli companies. It also calls on NYU to close its program at Tel Aviv University, which it alleges violates the NYU non-discrimination policy. Fifty-seven percent of the voting union members also took a personal pledge to boycott Israeli government and academic institutions.The resolution calls for the boycott to remain in place “until Israel complies with international law and ends the military occupation, dismantles the wall, recognizes the rights of Palestinian citizens to full equality, and respects the right of return of Palestinian refugees and exiles.”NYU spokesman John Beckman told Capital News New York that: “NYU has a long-standing position opposing boycotts of Israeli academics and institutions. This vote is at odds with NYU’s policy on this matter, it is at odds with the principles of academic freedom and the free exchange of ideas, and it is even at odds with the position of their own parent union, the UAW.”The United Auto Workers International in January struck down a boycott resolution against Israel passed by the University of California Student Workers Union, UAW Local 2865, which represents more than 13,000 teaching assistants, tutors and other student workers in the UC system.