Obama to to mark Jewish heritage month at DC synagogue 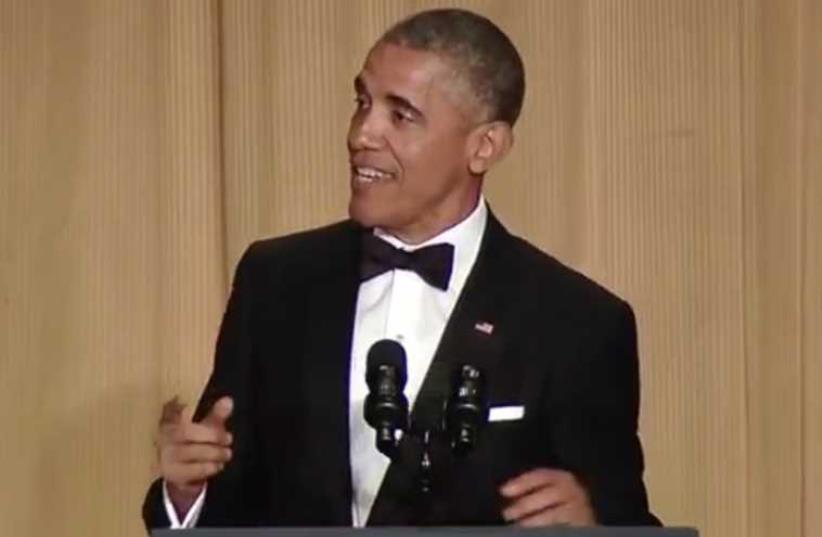 President Obama at White House Correspondents' dinner
(photo credit: screenshot)
Advertisement
WASHINGTON— President Barack Obama will address a Washington congregation to mark Jewish American Heritage Month.White House spokesman Eric Schultz, announcing the president’s schedule for next week, said that next Friday, May 22, Obama would speak at Adas Israel, a Conservative movement synagogue in the city’s northwest quadrant.“On Friday, The president will travel to the congregation of Adas Israel, one of the largest congregations here in Washington, to deliver remarks in celebration of Jewish American Heritage Month, which recognizes contributions of Jewish Americans to American society and culture,” Schultz said Friday.Obama’s visit would be during the daytime, and would not coincide with Sabbath eve services, an Adas congregant said.The announcement of the visit comes as the White House gears up a charm offensive targeting American Jews and Israelis in the wake of months of tensions between the Israeli and American governments.Referring in a Thursday news conference to Prime Minister Benjamin Netanyahu’s new right-wing government, Obama said the prospect of peace “seems quite distant now.”Obama’s  visit to the synagogue coincides with the “Solidarity Sabbath,” an initiative of the Lantos Foundation for Human Rights and Justice that calls on world leaders to show solidarity with victims of anti-Semitism.Twelve members of the US Congress and a number of European ambassadors will attend synagogues on May 22 and participate in other activities to show their concern about anti-Semitism.The Lantos Foundation is named for the late Tom Lantos, the only Holocaust survivor elected to Congress. Lantos, a California Democrat, was noted for his focus on human rights and chaired the US House of Representatives Foreign Affairs Committee in 2007-08.