The actor also starred in the original version of the TV series 'Mission Impossible.' 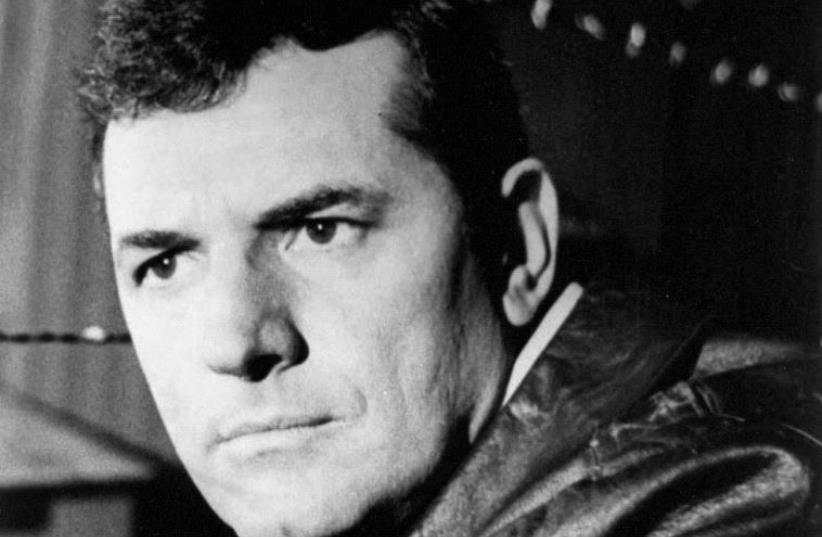 Steven Hill in 1960s show Mission Impossible
(photo credit: Wikimedia Commons)
Advertisement
Steven Hill, an Orthodox Jewish actor best known for playing a Jewish Manhattan district attorney on the hit TV series “Law & Order,” has died at 94.Hill, who sacrificed numerous career opportunities in order to observe Shabbat, died Tuesday in Monsey, New York, Hollywood Reporter said, citing Hill’s son, Rabbi Yehoshua Hill.The New York Times cited Hill’s daughter, Sarah Gobioff, in reporting that Hill lived in Monsey, a heavily Orthodox Jewish area in suburban Rockland County, but died in Manhattan.On NBC’s “Law & Order,” Hill played District Attorney Adam Schiff for more than 225 episodes from 1990 to 2000, earning two Emmy nominations for outstanding actor in a drama series. Schiff was loosely modeled on longtime Manhattan DA Robert Morgenthau, who also was Jewish.In a 1996 interview with The Washington Post cited in the Times obituary, “Law & Order” creator Dick Wolf called Hill “the Talmudic influence on the entire zeitgeist of the series.”“Steven has more moral authority than anyone else on episodic TV,” Wolf said.In a statement made after Hill’s death, Wolf said, “Steven was not only one of the truly great actors of his generation, he was one of the most intelligent people I have ever met … He will be missed but fortunately he can be seen ubiquitously on Law & Order reruns.”Hill, born Solomon Krakovsky in Seattle, Washington, made his professional acting debut in the 1946 production of “A Flag Is Born,” a controversial Zionist play by Ben Hecht.In the 1960s, after having established himself in television and on Broadway, Hill became Orthodox. In a 1983 interview with The New York Times, Hill said he was inspired to explore Judaism after performing the role of Sigmund Freud in “A Far Country,” a play in which a character screamed “You’re a Jew!” at the founder of modern psychology.“When she would let loose this blast, I would take it. And in the pause that followed, I would think, ‘What about this?’ And I was provoked to explore my religion,” Hill told the Times. “I slowly became aware that there was something more profound going on in the world than just plays and movies and TV shows.”His newfound observance of Shabbat, which coincided with performances on Friday night and Saturday afternoon, effectively ended Hill’s stage career, according to Hollywood Reporter.However, Hill was still able to work in television. He appeared on several hit shows and was in the original cast of “Mission Impossible,” but was forced to leave after a year due to his unavailability for rehearsals on Friday night and Saturday.After a 10-year hiatus from acting in which he worked in real estate and writing, Hill returned to acting in 1977, appearing in several TV shows and films, including “Thirtysomething,” “Yentl” and “Brighton Beach Memoirs.”Hill is survived by his second wife, Rachel, nine children, and numerous grandchildren and great-grandchildren.