“We pray for all the injured to recover quickly. Our hearts are with them and their families” 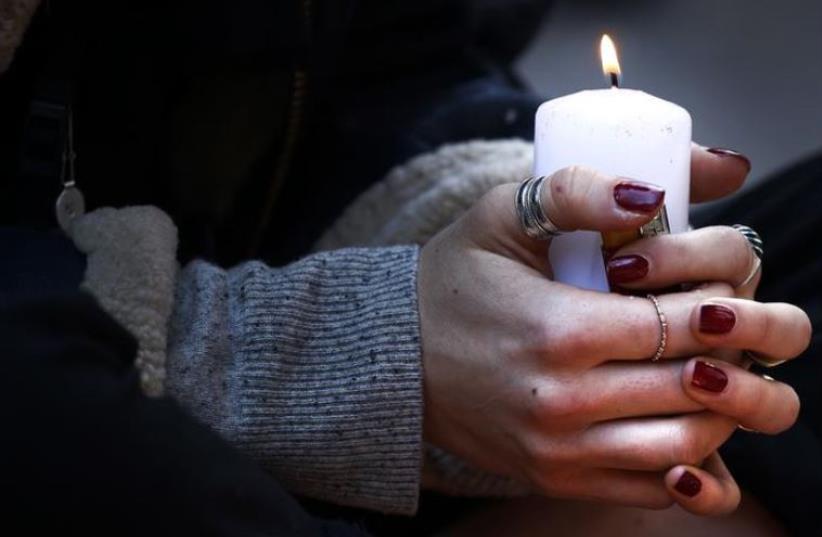 A woman holds a candle as she pays her respect at one of the attack sites in Paris, November 15, 2015.
(photo credit: REUTERS)
Advertisement
The Jewish community of Paris commemorated the victims of Friday’s terrorist attacks at the Great Synagogue of Rue Victoire in the 9th district Sunday night.Hundreds of Jews of all ages, French elected figures and religious leaders participated in the service reading psalms and reciting the Kaddish prayer for the dead, followed by a message to the community from Jacky Bohbot, vice president of the Jewish Community of France.“We pray for all the injured to recover quickly. Our hearts are with them and their families,” the Chief Rabbi of France Moshe Sebbag told The Jerusalem Post.
Hollande: Paris attacks "act of war", ISIS behind them
French Jews and non-Jews, alike, were praying together for all the victims and their families, he said, adding that “this is a moment of reflection and of solidarity. A moment of praying for the future of the French people.’’ Israel’s ambassador in Paris Aliza Bin-Nous relayed Israel’s message of solidarity and support to the French people.“We are together in this battle, fighting the same forces of darkness in the name of the values which unite the democratic world,” she said.The Imam of the Drancy mosque, Hassen Chalghoumi, a champion of inter-religious dialogue and peace, told the Post he was at the synagogue at the invitation of the chief rabbi to express his solidarity with the French people and the Jewish community.