To Jonny Daniels, founder of From the Depths, which promotes Holocaust commemoration in Poland, events like the one in Radzanów are “some kind of therapy taking place all over the country.”

By CNAAN LIPHSHIZ/JTA
AUGUST 10, 2017 18:21
Town in Poland recreates Jewish wedding
(photo credit: JONNY DANIELS)
Advertisement
Nostalgia for Jews is a well-documented phenomenon in Eastern Europe, with cultural and even substantial commercial aspects.In Ukraine, so-called Jewish-themed restaurants with pork-heavy menus compete for tourists, while figurines of Jews are sold at markets as good luck charms. In Poland, graffiti reading “I miss you, Jew” have become a common sight.Beyond the kitsch, Jewish cultural festivals draw large non-Jewish audiences in Krakow, Warsaw and Budapest.Some credit this trend to a feeling of loss over the near annihilation of once-vibrant Jewish communities. Others trace it a desire to reconnect with the pre-Soviet past.But even against this backdrop, the fake Jewish wedding that was held Saturday in the village of Radzanów, 80 miles northeast of Warsaw, stands out as a remarkable affair. 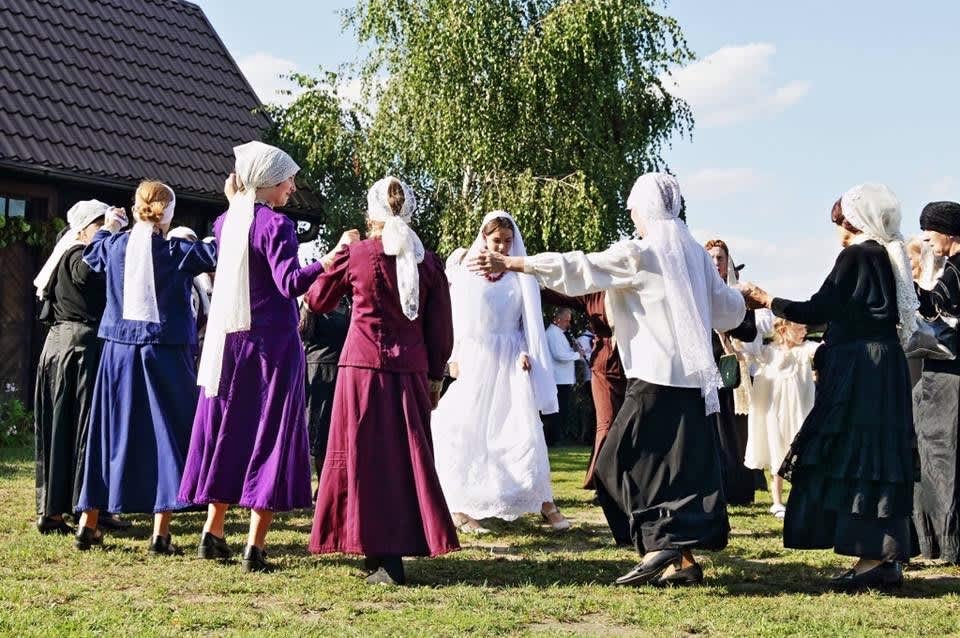 Jewish wedding recreated in Radzanow, Poland. (credit: JONNY DANIELS)Make-believe Jewish weddings — a regular educational event in Spain and Portugal, where nostalgia for nearly-extinct Jewish communities is also prevalent — are rare in Poland (locals in the village of Bobowa organized one in 2013). Even rarer are enactments as well-produced as the one in Radzanow.Organized by the Radzanovia Association, a cultural group promoting Polish heritage, the event featured a few dozen non-Jewish volunteers, men and women, dressed in traditional haredi costumes. Some men wore fake beards and side curls – including ones that didn’t match their natural hair color.
Portraying the groom was Piotr Czaplicki, a journalist for the Radia dla Ciebie station. Czaplicki, who is not Jewish, got under a chuppah – the canopy used in traditional Jewish weddings — together with his make-believe bride, Julia Brzezińska, a local resident. They were “wed” by a fake rabbi in a show before villagers, whom the event’s organizers sought to teach about Jewish traditions.To Jonny Daniels, the London-born founder of From the Depths, which promotes Holocaust commemoration in Poland, events like the one in Radzanów are “some kind of therapy taking place all over the country.”Men in Radzanow recreate Jewish wedding. (credit: JONNY DANIELS)"Literally hundreds of Jewish cultural festivals are taking place, more often than not with no Jews involved. Poland too has the highest rate of Hebrew language studies in all of Europe," Daniels continued to The Jerusalem Post. "I truly believe that the third and fourth generation of Poles since the Holocaust are starting to see how much Jewish culture is part of modern-day Polish culture -- it's amazing that this heritage created by 3.5 million murdered Jews is still relevant today."But the event’s producer, Agnieszka Rychcik-Nowakowska, sees it as a way of commemorating the hundreds of Jews who had accounted for approximately half of her village’s population before the Holocaust.“We want to remember all those homes of all pre-war Jews, who lived a peaceful life punctuated by the rhythm of holidays, family celebrations and more mundane events,” she told the news site Nasza Mlawa.Jews first settled in Radzanów in 1710, and at their peak numbered about 500. By September 1939, when the Germans took over, the population had dipped below 300. Nearly all who remained would be sent to the Mlawa ghetto, never to return.“We remember those who lived here before us and entered the memory of our grandmothers and grandparents. It was so recently,” said Rychcik-Nowakowska. 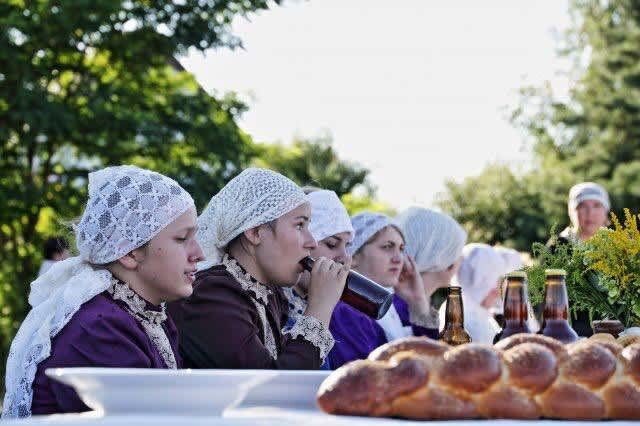 Women participating in the Jewish wedding in Radzanow. (credit: JONNY DANIELS)Elsewhere in Europe, Jewish-themed festivals are more common , bringing together hundreds of participants. There too, Jewish-themed events are held in the absence of a living, breathing Jewish community thanks to nostalgia and a desire to generate tourism revenue.But in Spain and Portugal, for example, where hundreds of thousands of Jews were oppressed 500 years ago during the Inquisition, the passage of time has made goodwill gestures toward Jews less complicated than in the east. In 2013, Spain and Portugal even passed laws granting citizenship to descendants of Sephardic Jews – a move whose generosity contrasts sharply with the refusal by Poland and other East European countries to offer even partial restitution for property that was stolen from Jewish communities.At the fake wedding in Radzanów, organizers turned to Teresa Wrońska, an actress from the Jewish Theater in Warsaw, to assure the wedding’s authenticity. She choreographed the entire affair — from the signing of the ketubah (the Jewish marriage contract) to the traditional Jewish music played by a band of locals and musicians from the capital.The 'bride' rejoices at the Jewish wedding recreation in Radzanow. (credit: JONNY DANIELS)Even the POLIN Jewish museum of Warsaw was consulted in staging the event, according to Nasza Mlawa.The wedding is not the only attempt by Radzanów locals to reconnect with their village’s lost Jewish heritage. Last year, a high school student from the region, Cuba Balinski, initiated a project aimed at rededicating and reopening the village’s abandoned synagogue – a small but beautiful Moorish-style building that miraculously survived the Nazi occupation.Balinski, who has secured the cooperation of the Foundation for the Preservation of Jewish Heritage in Poland for his project but is still looking for investors, is adamant about restoring the synagogue to a house of worship rather than having it turn into museum.“If there is no Torah in the synagogue, than it is still just a building,” he told the news site Gosc Plocki. “But if we bring the holy book back, it will come back to life.”Jpost staff contributed to this story.