Israeli Rabbi Avraham Steinberg and Argentinean Rabbi Fernando Szlajen were designated as members of the Pontifical Academy of Life. 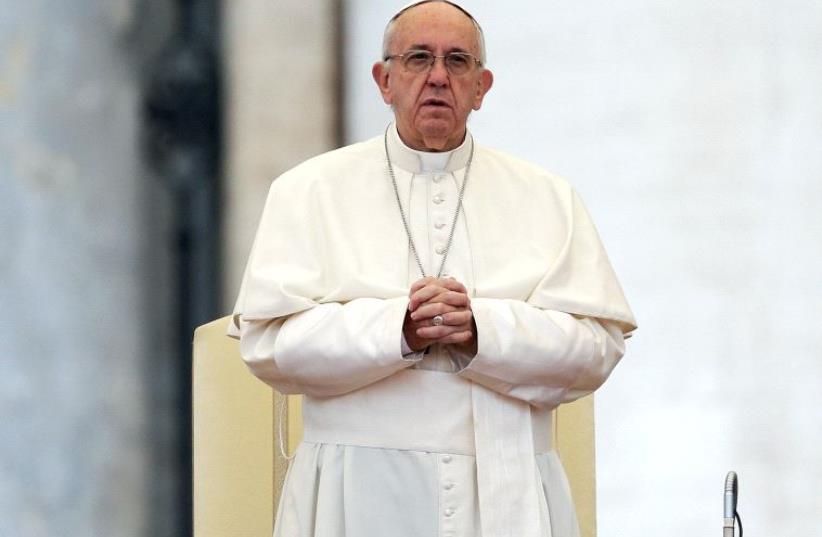 Pope Francis leads the general audience in Saint Peter's Square at the Vatican October 26, 2016
(photo credit: REUTERS)
Advertisement
Two rabbis, one from Israel and one from Argentina, were appointed by Pope Francis to the Pontifical Academy of Life, the first time rabbis have been invited to be members.Pope Francis appointed 45 new ordinary members and five honorary members to the advisory body of the academy, the Vatican announced last week.Israeli Rabbi Avraham Steinberg, who won the Israel Prize in 1999 for original rabbinic literature, and Argentinean Rabbi Fernando Szlajen were designated on June 13 as members of the institution that “exists for the promotion and defense of human life, especially regarding bioethics as it regards Christian morality.”Rabbi Avraham Steinberg is the author of “The Encyclopedia of Jewish Medical Ethics,” published in seven volumes in Hebrew and three volumes in English, translated by Dr. Fred Rosner, for which he was awarded the Israel Prize in 1999. He is the director of the Medical Ethics Unit of the Shaare Tzedek Medical Center in Jerusalem, and director of the Editorial Committee of the Talmudic Encyclopedia.Rabbi Fernando Szlajen from Argentina, the birth country of Pope Francis, is the director of the Department of Culture for the AMIA Jewish community center in Buenos Aires and a professor in the Department of Philosophy and Letters at the University of Buenos Aires.Founded in 1994 by St. John Paul II, the Pontifical Academy for Life is charged with defending and promoting “the value of human life and the dignity of the person.” In November 2016, Pope Francis issued new statutes for the pontifical academy to widen the scope of its activity and research on life issues.After broadening the scope of and issuing new statutes for the Pontifical Academy of Life, Pope Francis appointed new members to the advisory body and included scientists, professors and experts in medicine and ethics from both religious and secular backgrounds.The new members named by Francis hail from 27 countries. Seven of the members come from the United States and Canada. Members of the Pontifical Academy for Life are nominated for five-year terms, which can be renewed. Membership ends when an academician turns 80.