The community is having to tap its reserves to pay for welfare services for Holocaust survivors that tourists usually help fund. 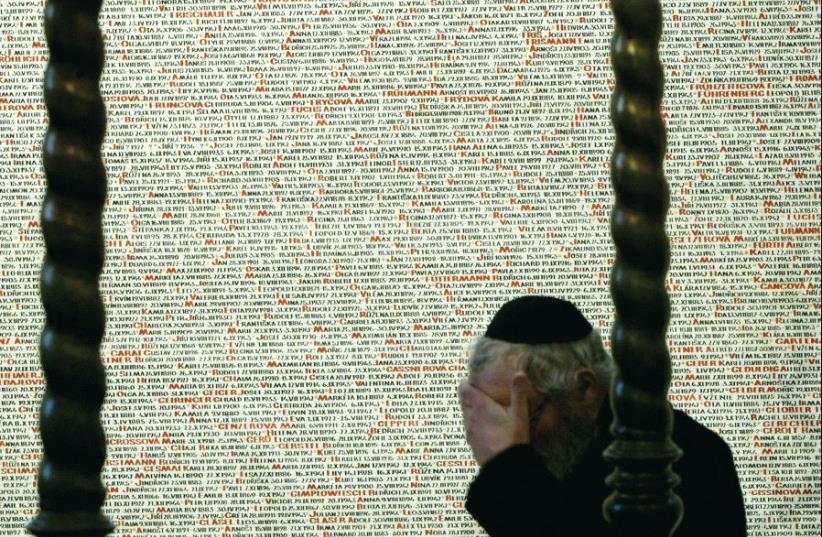 The Pinkas Synagogue in central Prague. The walls in the synagogue are overwritten with some 80,000 names of the Czech Jews who died in the Holocaust
(photo credit: REUTERS)
Advertisement
With ticket sales to Prague's Jewish quarter halted during the coronavirus lockdown, the community is having to tap its reserves to pay for welfare services for Holocaust survivors that tourists usually help fund.And even though the Czech Republic's cultural attractions are due to reopen next month, with global tourism at a standstill the community is looking at ways to cut spending elsewhere to keep funding the programmes for the elderly.The Jewish quarter - dating back 1,000 years - has long been one of Prague's most popular destinations, with historic synagogues and one of the largest Jewish cemeteries in Europe drawing visitors from around the globe.The ticket revenue and rents from tenants such as restaurants fund meals, medical treatment and nursing care to the several hundred elderly members of Prague's Jewish community, many of them Holocaust survivors, such as 90-year-old Petr Brandejsky."I am very grateful for what the community is providing," he said in his flat where he receives food deliveries during the lockdown instead of daily lunches at a community centre.A big chunk of the group's revenue comes from the Jewish Museum. Comprising of several synagogues and the cemetery, it attracted 721,000 visitors in 2018, generating 203 million crowns ($8 million) in admission fees.Frantisek Banyai, chairman of the Jewish community, said it was critical to keep providing services for the most vulnerable members and that the group may need to look to cut funding to other areas, such as investments and restoration projects."The loss of tourist revenue is substantial," said Banyai, whose community today numbers around 1,500 compared with 39,000 before the Nazis started deportations in 1941."You cannot shut these services, you have to keep providing them."But even with cultural venues set to open on May 11, the closed borders and lack of foreign tourists mean the museum's outlook is uncertain, Jewish Museum Director Leo Pavlat said."Even after the borders open, we need to take into account the economic downfall caused by the pandemic and it is likely that tourism will be paralysed," Pavlat told Reuters, as he walked among the thousands of headstones in the cemetery that is normally full of tourists.