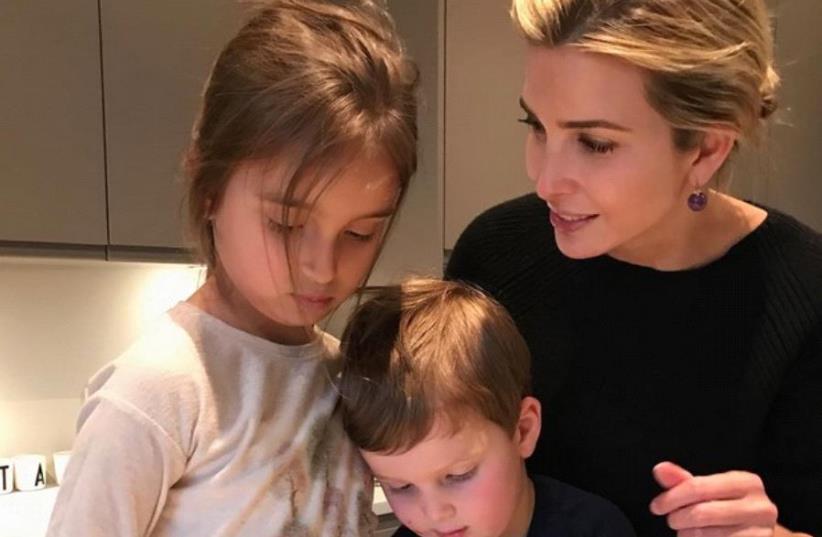 Ivanka and her children make hamentashen on Purim.
(photo credit: INSTAGRAM)
Advertisement
Purim is upon the Washington DC home of first daughter Ivanka Trump, who baked hamentashen with her children on Friday.Ivanka posted a photo on Instagram of the pastry-making featuring herself, her daughter Arabella (5), and her son Joseph (3), crafting the jam-filled goodies, which are traditionally served during the Purim celebration of the aversion of a massive slaughter of the historic Persian Jewish population.

After-school fun making hamentashen for Purim with Arabella and Joseph

Ivanka called the activity "after-school fun."Trump converted to Orthodox Judaism before marrying husband Jared Kushner in 2009. Ivanka and Jared even hosted a Shabbat meal for the president's cabinet in January in their home in the Kalorama neighborhood of Washington, DC. Her social media presence has brought a touch of family to the new administration's image.

With @realdonaldtrump on the South Lawn

Arabella and I visited the Supreme Court this morning and attended a hearing. I'm grateful for the opportunity to teach her about the judicial system in our country firsthand. #SCOTUS #SupremeCourt #ImportantLessons #MotherDaughter