Poland has very few well-preserved hiding places of Jews in the Holocaust, though thousands survived the war in them. 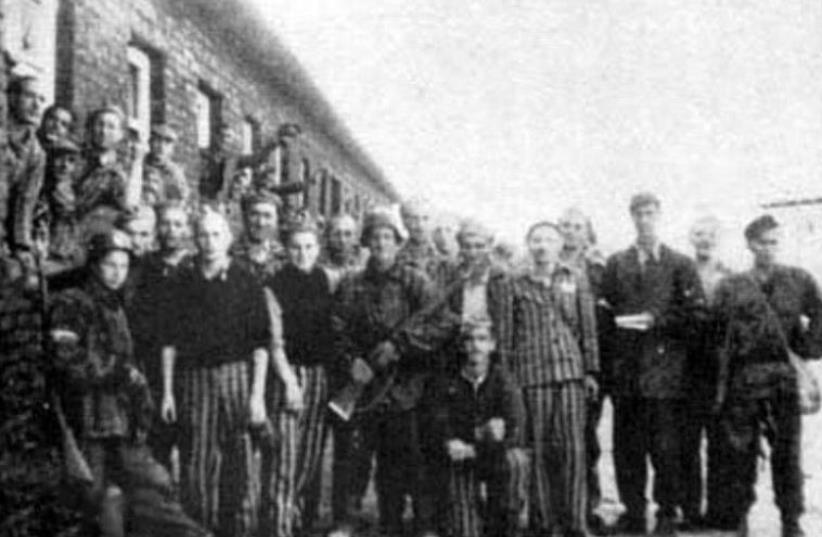 Jewish prisoners of Gęsiowka, a German-Nazi Camp in Warsaw liberated in August 5, 1944 with Polish soldiers from Battalion "Zośka" of Home Army in the beginning of Warsaw Uprising
(photo credit: WIKIMEDIA COMMONS/POLAND 1944)
Advertisement
Polish officials registered a rare hideout used by Jews during the Holocaust as national monument.The hideout in Rekowka, a village situated 90 miles south of Warsaw, was used by two non-Jewish families, the Skoczylas and Kosioróws, for sheltering several Jews in 1942, according to the Holocaust commemoration organization From the Depths, which facilitated the registration process until its completion this week.The subterranean hideout, which is connected by a trapdoor to the house that the two families shared, was home to six Jews, who were absent when German troops showed up at the house in December 1942 to search the premises, probably acting on an informant’s tip. Upon discovering the trapdoor, the Nazis killed 10 of the two families’ members.Only four survived, and they sealed the hideout and left it untouched for 72 years, according to Jonny Daniels, founder of From the Depths, whom descendants of the victims contacted to inspect the hideout. His organization is trying to find the Jews who occupied the Rekowka hideout or their descendants.“It is very important that future generations be able to personally touch a site such as this one, on which one learn in memoirs and historical studies. Therefore the basement in the house in Rekowka has been protected and will be conserved, due to its historic and scientific value, as one of few hiding places existing today,” said Rafal Nadolny, a local representative of the Polish National Monuments Conservatory.“They paid the ultimate price for their bravery,” Daniels said of the Poles killed at Rekowka. Preserving the hiding place is “the least we could do as a foundation,” he added.Poland has very few well-preserved hiding places of Jews in the Holocaust, though thousands survived the war in them. One hideout which authorities identified and preserved inside a Warsaw apartment was destroyed by occupants sometime between 2002 and 2012.