Suspect allegedly screamed: "I want to see the blood of Muslims on the street!" 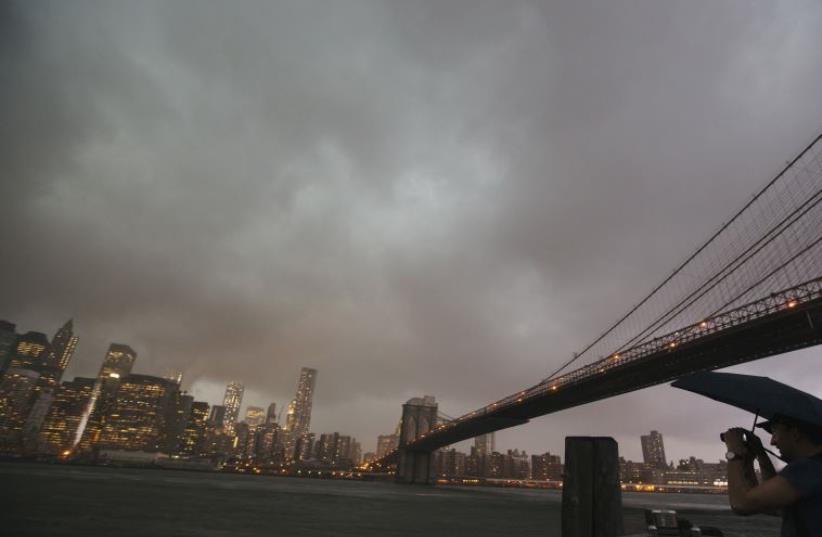 Brooklyn Bridge
(photo credit: REUTERS)
Advertisement
An Israeli man living in New York City allegedly accosted four Pakistani men on Saturday night in what is being investigated as an anti-Muslim hate crime, The New York Daily News reported on Sunday.According to the report, 40-year-old James Samways chased the men down a Brooklyn street, screaming, "I want to see the blood of Muslims on the street!"The incident took place in the Marine Park neighborhood of Brooklyn near Avenue S and East 33rd Street.Samways, who works for UPS and as a janitor, was charged with menacing as a hate crime and held on $3,000 bond, according to the Daily News.Meanwhile, in the Midwood section of Brooklyn, a 60-year-old Jewish man was beaten and robbed early Monday morning.The victim, whose first name is Eli, was walking down a residential street of single-family homes when a man came from behind, punched him at least four times and threw him to the sidewalk. With the help of an accomplice, the assailant then stole the victim’s iPhone and wallet. The victim was kicked in the head several times, before the assailant and his accomplice, both wearing hoodies, according to WPIX TV, fled the scene in a black car driven by a third man.Hatzalah, the Jewish emergency rescue service, took the victim to Maimonides Medical Center, where he was admitted in stable condition and received 70-80 stitches to his head, WPIX reported.JTA contributed to this report.