Citing unnamed US officials, the Times identified the White House official as "Ezra Cohen-Watnick, the senior director for intelligence at the National Security Council." 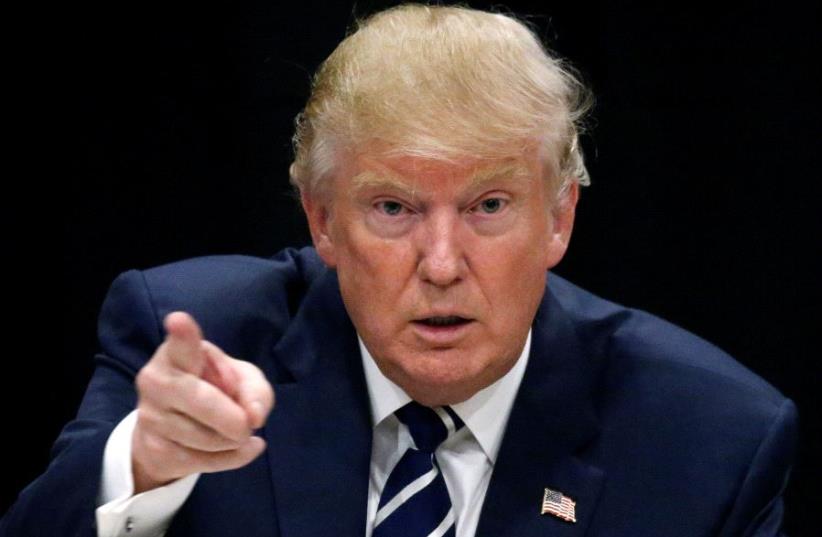 Donald Trump
(photo credit: REUTERS)
Advertisement
A Jewish security official has been named as the confidential source of House Intelligence Committee chairman Devin Nunes (R-CA) following claims that US President Donald Trump and his aides were swept up in surveillance by US intelligence agencies, The New York Times revealed Thursday. Citing unnamed US officials, the Times identified the White House official as "Ezra Cohen-Watnick, the senior director for intelligence at the National Security Council." Michael Ellis, a lawyer who works on national security issues at the White House Counsel’s Office, was also named in the report.Cohen-Watnick was nearly fired earlier in the month at the request of National Security Advisor Lt. Gen. H.R. McMaster, but was overruled by US President Donald Trump after he appealed to White House advisers Stephen Bannon and Jared Kushner, Trump’s Jewish son-in-law.Cohen-Watnick was recruited to the transition team by McMaster’s predecessor, Lt. Gen. Michael Flynn, who resigned as national security adviser last month after acknowledging that he had misled administration officials about a phone call he had with the Russian ambassador in December. Cohen-Watnick had worked under Flynn at the Defense Intelligence Agency.Nunes has been under heavy pressure by Democrats to recuse himself as the head of the House's investigation into possible ties between the Trump campaign and Russia. Questions concerning the California politician's credibility first surfaced after Nunes gave a press conference last week revealing that Trump and his team may have been inadvertently captured by US surveillance in the run-up to the presidential election. Soon thereafter, Nunes spoke with Trump, bolstering the president's assertion that his predecessor, Barack Obama, had ordered spy agencies to listen in on the Trump campaign.Nunes neglected to share the information with Democrats before speaking with the press and the president, raising doubts about the congressman's objectivity. Nunes has so far refused to reveal his source of the material and has resisted calls to step down as head of the House Intelligence investigation. JTA contributed to this report.