Prisoner Marcel Nadjari wrote how he witnessed thousands of people stuffed into the gas chambers "like sardines" while the Nazis used whips to move as many people as possible. 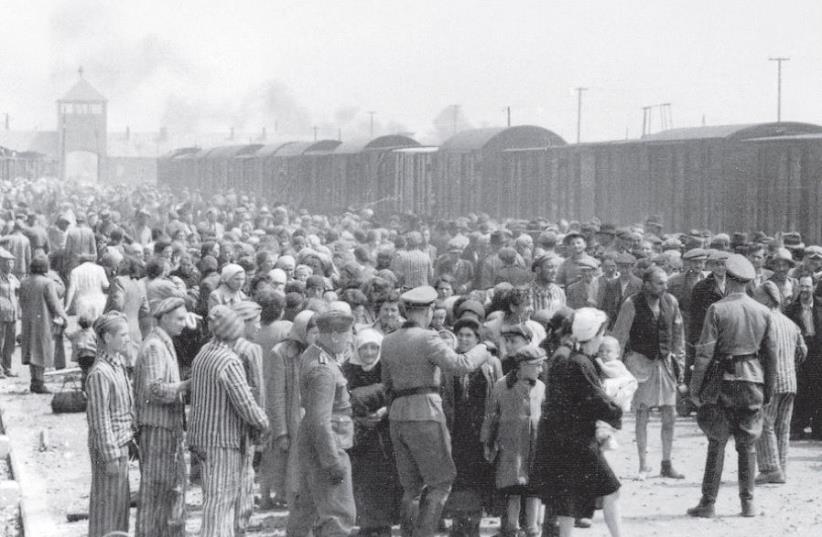 Selection taking place upon arrival at the Auschwitz-Birkenau death camp
(photo credit: YAD VASHEM)
Advertisement
A letter written by Marcel Nadjari, a former prisoner, found in buried in Auschwitz was restored in full on Monday, October 9th.According to Deutsche Welle, a German media website, Nadjari, a native of Greece, was assigned to a “Sonderkommando” unit at Auschwitz-Birkenau extermination camp with four other prisoners. Sonderkommandos were camp prisoners, enlisted through threat of death, who were forced to move victims' bodies from the gas chambers to the crematoria. Nadjari wrote in his native Greek how he witnessed thousands of people stuffed into the gas chambers "like sardines," while the Nazis used whips to move as many people as possible. His job as a prisoner was to deliver the corpses to incineration every half hour. "If you read about the things we did," he wrote, "you'll say, how could anyone do that, burn their fellow Jews? That's what I said at first, too, and thought many times."The letter is a rarity, because most documents uncovered where unsalvageable. Nadjari’s letter was illegible when found, but this month advanced restoration methods made the text almost entirely readable.Nadjari was able to pen a letter then stuff it in a thermos, wrap it in leather and bury the letter in the dirt one year before the camp’s liberation."I am not sad that I will die," Nadjari wrote, "but I am sad that I won't be able to take revenge like I would like to." Some would say his survival was revenge. He died of natural causes in New York in 1971 at the age of 54.The letter is scheduled for print in November and will be published in Greek and translated into English.