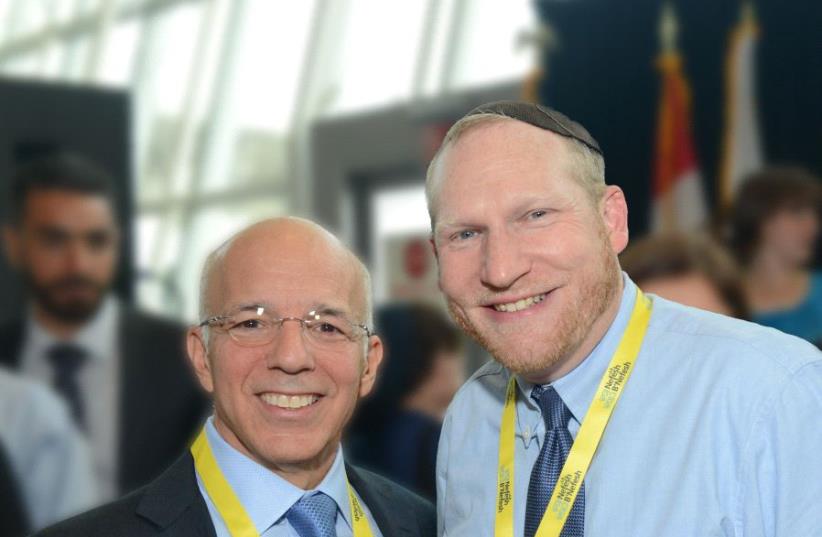 NEFESH B’NEFESH co-founders Rabbi Yehoshua Fass and Tony Gelbart.
(photo credit: SHACHAR AZRAN NEFESH B’NEFESH)
Advertisement
Since Rabbi Yehoshua Fass and Tony Gelbart co-founded Nefesh B’Nefesh in 2002, the organization has brought more than 50,000 olim (immigrants) from the USA, Canada and the UK. As they celebrate Nefesh B’Nefesh’s 15th anniversary, they spoke to The Jerusalem Post about how they revolutionized the process of aliya (immigration to Israel) – and their dreams for the future.