The appointments include a total of eight foreign academics. 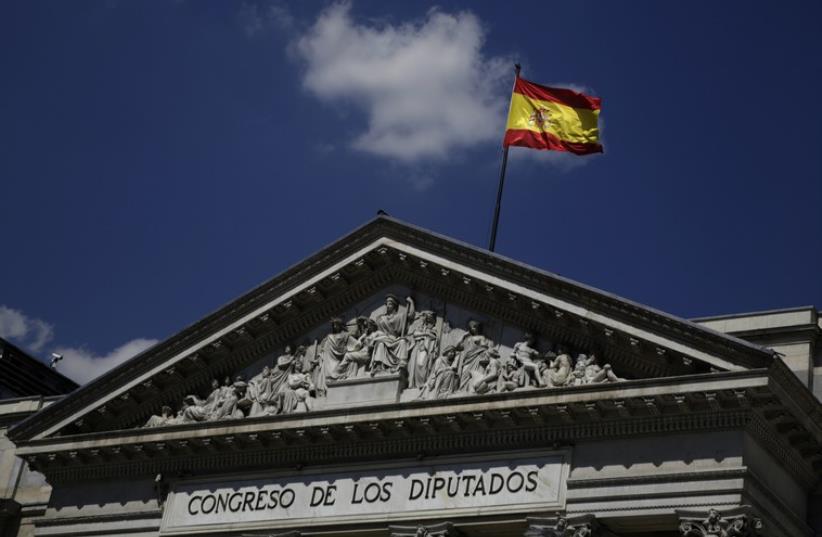 A Spanish flag waves over the Spanish parliament in Madrid
(photo credit: REUTERS)
Advertisement
Spain has appointed six Israeli academics to the prestigious Royal Spanish Academy – the first time in its history the institution will include experts in the language and culture of Spanish Jewry.The appointments, initially announced in mid-November, include a total of eight foreign academics joining the Royal Spanish Academy, which was founded in 1713 during the reign of Phillip V and oversees the Spanish language.“Since 1904, the Academy did not include Jews or researchers of Jewish history and culture of Spain, now they are making a historic correction,” Prof. Moises Orfali, of the Israel and Golda Koschitzky Department of Jewish History and Contemporary Jewry at Bar-Ilan University, told The Jerusalem Post on Tuesday.Orfali, who specializes in the history of the Jews in Spain and the Sephardi diaspora and their language and literature, was one of the Israeli academics appointed to the Royal Spanish Academy.“It is important to note, that the academy – that is its members and board – emphasize that they were never responsible for what was done with regards to academic research these past 300 years, but they do see themselves as responsible for its future,” he said. “As such, they deem it important that a crucial branch, Judeo-Spanish language, be represented in academia.”Dario Villanueva, the director of the academy, has said repeatedly that the selection of the candidates – a process that spanned three years – corrects a historical injustice by including experts in the language and culture of Spanish Jewry who were cut off by the edict of the General Expulsion of the Jews from Spain in 1492.“The director saw this as missing hole – the fact that such an important branch of the Spanish language and the history wasn’t represented in academia,” explained Orfali. “This is not only a historic appointment of Israelis and Jews to the Academy but it also includes a statement of loyalty to the Jews and the culture of Spain before and since 1492.“These days, when there are attempts at boycotts against Israeli academia, the Royal Spanish Academy’s decision is of special significance,” he added.Scholars who are admitted as members of the Academy are elected by active members and, upon being chosen, become members for life.The Israeli appointments in addition to Orfali were: Prof. (emeritus) Ora Schwarzwald, of the Department of Hebrew and Semitic Languages of Bar-Ilan University; professors Aldina Quintana and David M. Bunis of the Hebrew University of Jerusalem; Prof. Eleazar Gutwirth of Tel Aviv University; and Prof. Jacob Bentolila of Ben-Gurion University of the Negev.Two additional professors were appointed from Italy and Switzerland.

Marion Fischel contributed to this report from Madrid.
Advertisement
Subscribe for our daily newsletter