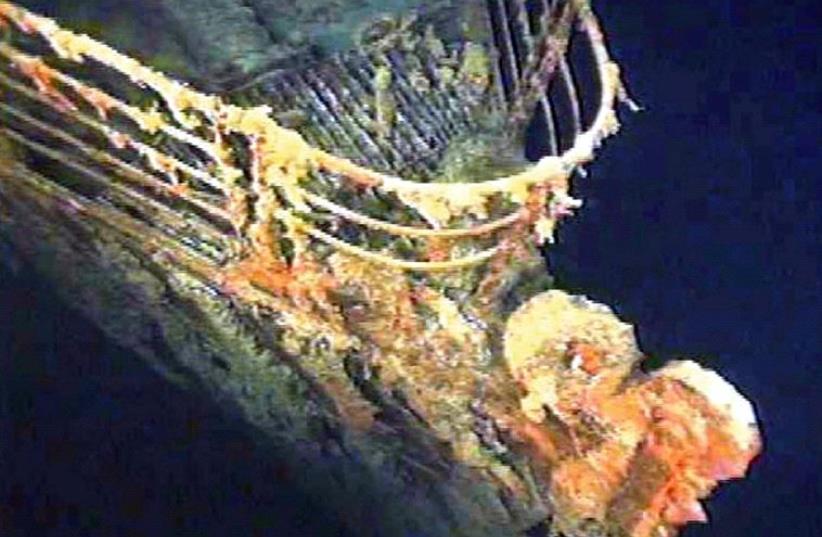 The port bow railing of the Titanic
(photo credit: REUTERS)
Advertisement
A documentary recently aired on a Russian television station with a potential reach of 100 million viewers laid blame for some of history's greatest calamities at the feet of the Jews.According to The Jewish Chronicle, the short film, which aired on Russia's REN TV, claimed that Jews were behind the sinking of the Titanic, the nuclear disaster at Chernobyl and the September 11 terror attacks.The new version of the documentary was updated from a 2012 broadcast which had claimed that 300 Jews, Illuminati and Freemasons had plotted to sink the Titanic in order to sow chaos and conquer the world. The updated broadcast aired on the private network added the 1991 collapse of the Soviet Union to the conspiracy, along with 9/11 and Chernobyl.Russia's Ministry of Education and Science has previously condemned REN TV's "documentaries" as "the most harmful pseudoscientific project (for spreading of myths, delusions and superstitions)," according to the Chronicle. The paper quoted commentators as saying the film aimed to capitalize on the popularity of the Protocols of the Elders of Zion, the fabricated text first published in Russia at the turn of the twentieth century which purports to present a plan by a Jewish cabal to take over the world.