Half of funds to go to Save the Children, half to International Rescue Committee. 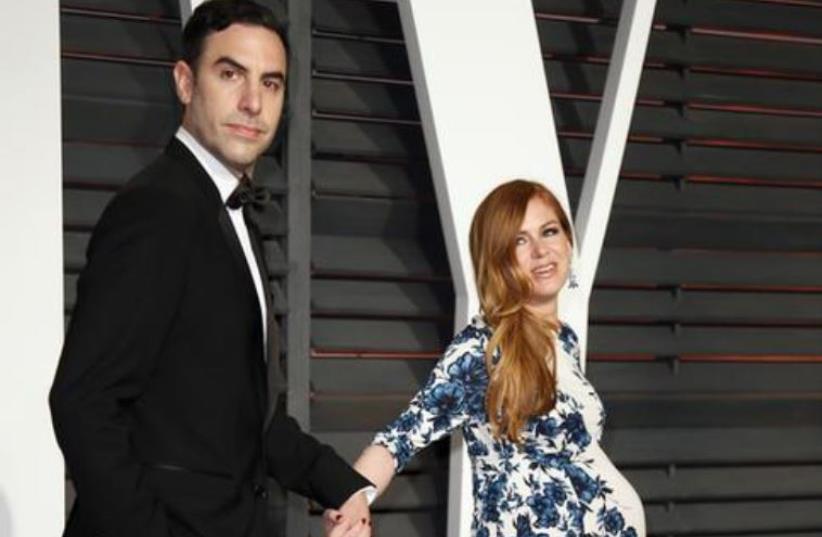 Actors Sasha Baron Cohen and Isla Fisher arrive at the 2015 Vanity Fair Oscar Party in Beverly Hills, California February 22, 2015.
(photo credit: REUTERS)
Advertisement
British actor and comedian Sacha Baron Cohen and his wife, actress Isla Fisher, have donated some $1 million to help Syrian children.The couple is giving about half the sum to the Save the Children charity to pay for measles vaccinations for children in northern Syria and the rest will go to the International Rescue Committee to help refugees in Syria and in neighboring countries. The latter donation will help pay for health care, housing and sanitation, the French news agency AFP reported Sunday.Cohen, who is Jewish, starred as Borat in the movie of the same name and in other films. Fisher converted to Judaism when she married Cohen. The New York-based IRC is run by former British Foreign Secretary David Miliband, who is Jewish.