Sanders campaign to lay off ‘hundreds’ of staffers

Despite the layoffs and narrowed focus, the Independent senator from Vermont plans to stay in the race through the Democratic convention in Philadelphia in July. 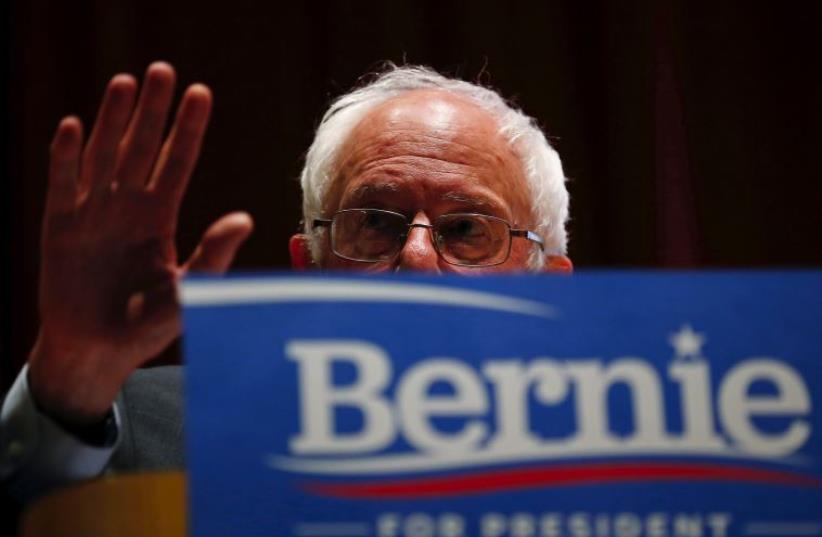 Democratic presidential candidate and US Senator Bernie Sanders (I-VT) speaks at a campaign event in Des Moines
(photo credit: REUTERS)
Advertisement
Democratic presidential candidate Bernie Sanders said he plans to lay off “hundreds” of campaign staffers throughout the country a day after winning just one of five primaries on Tuesday.Sanders, the first Jewish candidate to win major nominating contests, told The New York Times that he is focusing his campaign on winning the California primary in June. His Democratic rival, Hillary Clinton, won the primaries in Pennsylvania, Maryland, Connecticut and Delaware; Sanders won in Rhode Island.Despite the layoffs and narrowed focus, the Independent senator from Vermont plans to stay in the race through the Democratic convention in Philadelphia in July.“We don’t need people right now in Connecticut,” Sanders told the Times. “That election is over. We don’t need them in Maryland. So what we are going to do is allocate our resources to the 14 contests that remain, and that means that we are going to be cutting back on staff.”While not offering an exact number, Sanders said “hundreds” of people will lose their jobs, at least temporarily.“If we win this, every one of those great people who have helped us get this far, they will be rehired,” Sanders said. “But right now, we have to use all of the resources we have and focus them on the remaining states.”