'Screech' from Saved by the Bell released from prison

Diamond, 38, began serving a four-month jail sentence on Jan. 15 after he was convicted last year of carrying a concealed weapon and disorderly conduct. 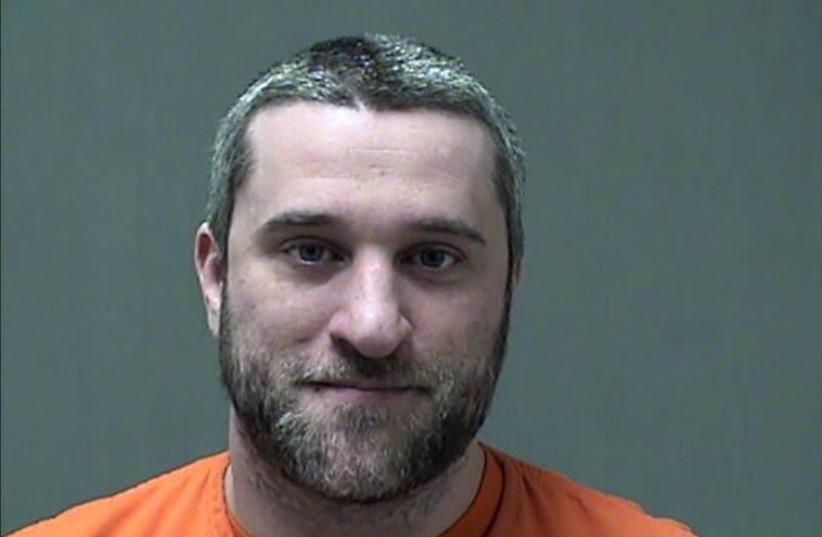 Actor Dustin Diamond is seen in an undated booking photo released by the Ozaukee County Sheriff's Office, in Port Washington, Wisconsin
(photo credit: REUTERS)
Advertisement
Dustin Diamond, who played nerdy Screech in the 1990s US television sitcom "Saved by the Bell," was released from jail a month early after serving three months for a barroom stabbing in Wisconsin, officials said.Diamond was freed from Ozaukee County jail on Monday afternoon after providing custodial maintenance in the jail under a program that awarded him 30 days of "good time," the Ozaukee County Sheriff's Office said in a statement. Celebrity news website TMZ said in a headline that Diamond had "scrubbed way to freedom."Diamond, 38, began serving a four-month jail sentence on Jan. 15 after he was convicted last year of carrying a concealed weapon and disorderly conduct in the incident in which he was accused of stabbing a man.Diamond's fiancée at the time, Amanda Schutz, 28, was accused of pushing a woman who was harassing her and Diamond on Christmas night at the Grand Avenue Saloon in Port Washington, Wisconsin, north of Milwaukee.Police said Diamond stabbed a man with a switchblade knife during the ensuing fight, causing a non-life-threatening wound. Diamond said he pulled the knife to defend himself and Schutz.Diamond and Schutz, who was found guilty of disorderly conduct, also were ordered to pay $1,500 in restitution to the stabbing victim.Diamond, who lives in Port Washington, played socially awkward but brainy student Samuel "Screech" Powers, memorable for his dark and wiry hair, on "Saved by the Bell," which ran from 1989 to 1993.Since then, he has had a number of smaller television roles and appeared on reality programs and game shows.