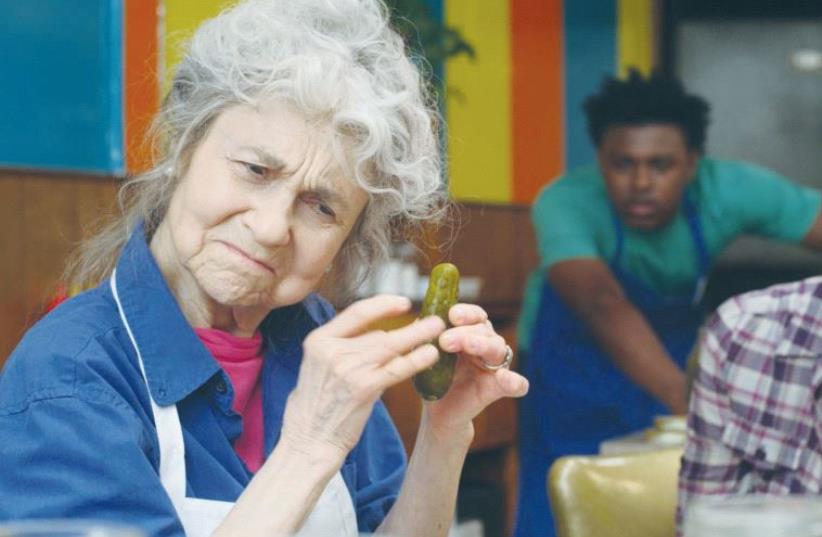 Lynn Cohen in a scene from ‘The Pickle Recipe
(photo credit: THEPICKLERECIPE.COM)
Advertisement
Jewish-American actress of Sex and the City fame Lynn Cohen passed away Friday in New York at the age of 86, according to multiple reports.Born in 1933 in Kansas City, Missouri, Cohen's career began in off-Broadway stage productions before breaking into film and TV roles. She had a recurring role on the legal drama Law & Order, but is mostly remembered for her tenure on Sex and the City as housekeeper Magda, employed by the character Miranda Hobbes, played by Cynthia Nixon. Cohen reprised the role in the 2008 and 2010 films.She also had a role as former prime minister Golda Meir in Stephen Spielberg's 2005 critically acclaimed film Munich, depicting the Israeli government's retaliation against PLO terrorists for Munich massacre at the 1972 Summer Olympic Games, as well as in the 2016 comedy The Pickle Recipe, where she starred as a Jewish grandmother.Cohen's passing brings the end to a career that spanned over four decades.Many of her fans took to social media."Beautiful Lynn Cohen. Miranda's dear and necessary Magda. Our dear SATC colleague. Talent, grace, inspiration. RIP X, SJ," Sex and the City co-star Sarah Jessica Parker said on Instagram.

Sam Claflin, who she worked alongside in the film Hunger Games: Catching Fire, also took to Instagram to mourn Cohen's loss."Mags, I'll carry you everywhere. Always," he wrote. "RIP Lynn. You wonderful, wonderful lady, you."

View this post on Instagram
Mags, I’ll carry you everywhere. Always. RIP Lynn. You wonderful wonderful lady you. X
A post shared by Sam Claflin (@mrsamclaflin) on Feb 15, 2020 at 9:58am PST


She is survived by Ronald, her husband of over 50 years.