Simona Hasten was in the process of buying halla bread in preparation for Shabbat in her hometown of Indianapolis last year when she spotted a strange object on the sidewalk. 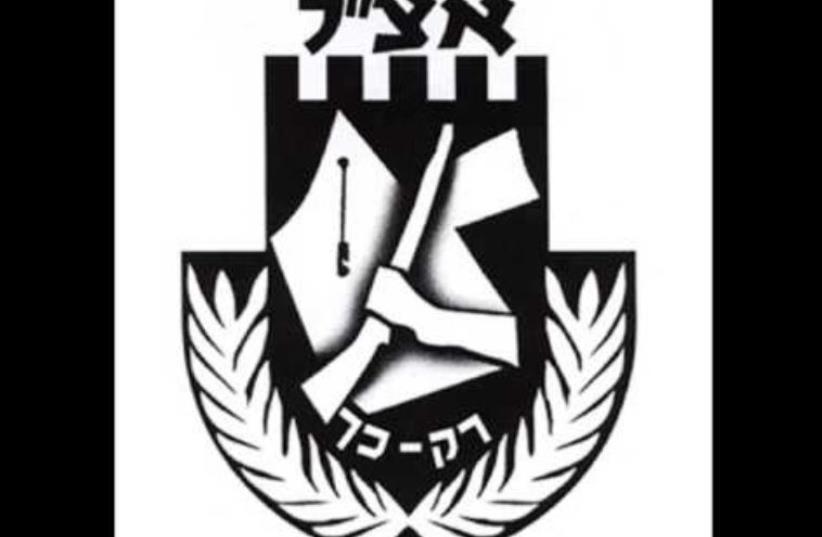 The symbol of the Etzel underground
(photo credit: Courtesy)
Advertisement
Simona Hasten was in the process of buying halla bread in preparation for Shabbat in her hometown of Indianapolis last year when she spotted a strange object on the sidewalk.She reached down and picked up a gold pendant shaped like the emblem for the Irgun, the Zionist paramilitary founded by Ze’ev Jabotinsky and led by future prime minister Menachem Begin.That Hasten was the one to find the pendant is a coincidence of extraordinary proportions, as her husband, Hart, a close friend of Begin, is the current president of the Menachem Begin Heritage Foundation in the United State.Hart Hasten came to know of Begin during his time in a displaced persons camp in Vienna in the aftermath of World War II, having survived typhus twice in the freezing cold of Kazakhstan during the war after escaping from Poland.A member of the Irgun during his time in the camp, he would remain a life-long fan of Begin. Hasten did not make aliya, but met Begin in 1969 and they remained friends until the latter’s death in 1992.“Menachem Begin became my hero, my mentor, you name it. We [Hasten and his wife] were with him throughout. [Long-serving Begin aide] Yehiel Kadishai said I was the only one who predicted Begin would be prime minister,” recalled the effusive Hasten.“Even Begin himself said ‘you had more confidence in me than I did!’” The discovery of the pendant was therefore of immense importance to the Hastens. With a Jewish population of around only 10,000 in Indianapolis, they believed that it would not be hard to track down its owner.Eventually, they found out that it had belonged to one Barry Pakula, whose uncle Reuben Kramer had the 14-carat gold pendant made in Mandatory Palestine at the risk of arrest by British forces if they had discovered it. With Pakula’s blessing, they agreed that the Hastens would bring it to Israel and hand it over officially to the Menachem Begin Heritage Center in Jerusalem, where it is to be stored in their archives.Discussing the object, center vice president Moshe Fulksman said, “We want to launch a campaign using this article to encourage people who have other Irgun artifacts to bring them in. It is important because many of the people [involved] are elderly and passing away.”