British sculptor to direct award to projects that aid refugees. 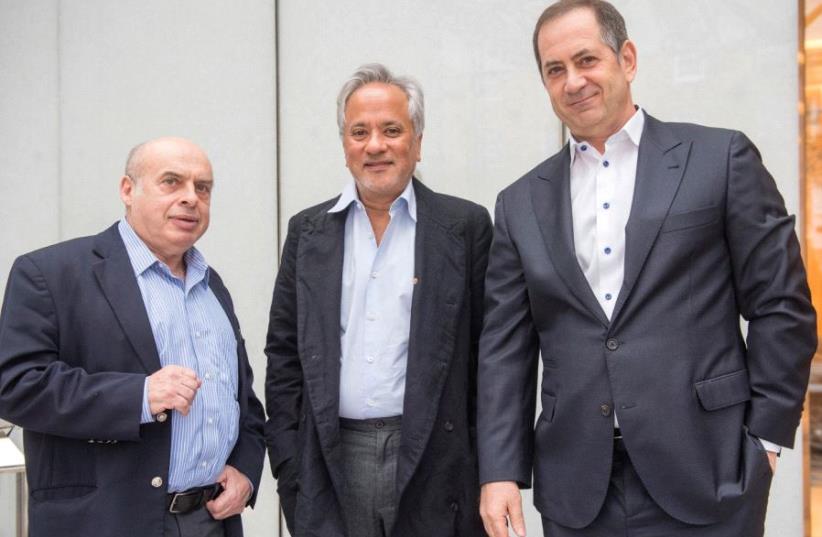 Anish Kapoor is flanked by Jewish Agency Chairman Natan Sharansky (left) and Stan Polovets, chairman and cofounder of the Genesis Prize Foundation.
(photo credit: GENESIS PRIZE FOUNDATION)
Advertisement
Sir Anish Kapoor, an outstanding British sculptor who has become a champion of Syrian refugee rights, is the 2017 Genesis Prize laureate, the Genesis Prize Foundation announced on Monday.The prize committee, headed by Jewish Agency Chairman Natan Sharansky, acknowledged Kapoor as “one of the most influential and innovative artists of his generation.”Kapoor said he would use the $1 million award – and the global platform provided by the Genesis Prize – to help alleviate the refugee crisis and try to expand the Jewish community’s engagement in a global effort to aid Syrian refugees.More than 12.5 million Syrians have been displaced during the current conflict, of which around 2.5 million are children, he noted.“Jewish identity and history have witnessed recurring conditions of indifference, persecution and Holocaust. Repeatedly, we have had to repossess ourselves and re-identify our communities,” Kapoor said.“As inheritors and carriers of Jewish values, it is unseemly, therefore, for us to ignore the plight of people who are persecuted, who have lost everything and had to flee as refugees in mortal danger,” he said. “Outsider consciousness resides at the heart of Jewish identity and this is what motivates me, while accepting the honor of the Genesis Prize, to re-gift the proceeds to refugee causes.”Kapoor issued a passionate plea to Jews around the world to speak out for refugees wherever they are. 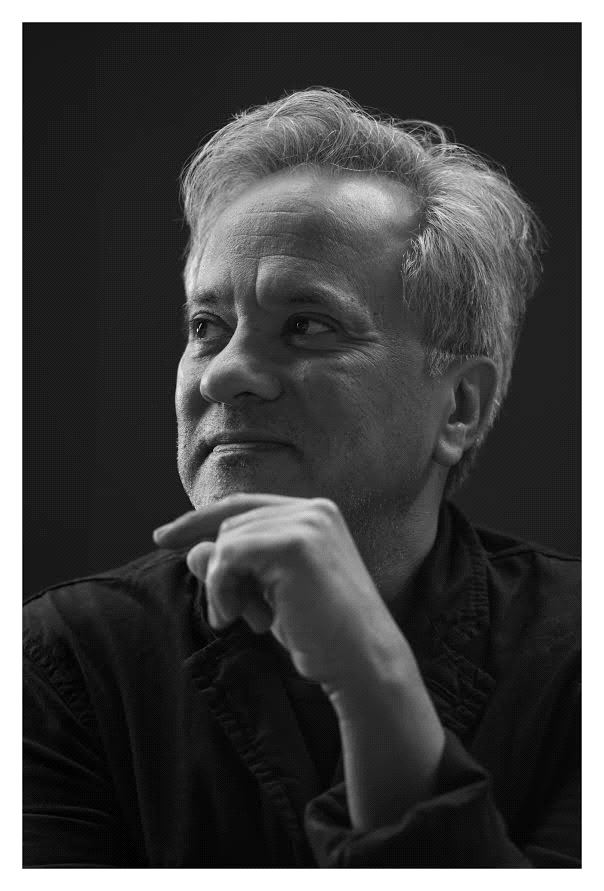 “I am an artist, not a politician, and I feel I must speak out against indifference for the suffering of others. There are over 60 million refugees in the world today – whatever the geography of displacement, the refugees crisis is right here on our doorstep,” he said. “I appeal to people of good conscience in the global Jewish community, and those outside it who share this sentiment and cannot remain passive and silent, to join the call of the Genesis Prize, help save lives and give refugees an opportunity to return to normal life.”Stan Polovets, chairman and cofounder of the Genesis Prize Foundation, said the profound impact of Kapoor’s work continues a long history of Jewish contribution to the arts, while his social activism reaffirms the commitment of the Jewish people to humanitarian causes.“We particularly admire how, in an age frequently characterized by cynicism and indifference, Anish continually advocates for the world’s disadvantaged – challenging all of us to do more to help wherever and whenever we can,” Polovets said. “Anish’s commitment to alleviate the plight of Syrian refugees will resonate with the Jewish community, especially young Jews, everywhere.”Sharansky said that throughout its history, the Jewish people suffered not only from active and violent antisemitism perpetrated by a minority, but also from the indifference of the majority.“It is this indifference that made persecution, massacres and the Holocaust possible,” Sharansky said. “Anish Kapoor has campaigned against indifference his whole life. His message is clear, powerful and inspiring. I am confident that Anish will use the Genesis Prize to build on the good work already being done by Jews in this area, and his voice and energy will help to focus more people on the need to alleviate the suffering of refugees.”Kapoor was born in Bombay (Mumbai) on March 12, 1954, to a Jewish mother who had immigrated to India from Iraq as a child and a Punjabi Indian father who served in the Indian Navy as a hydrographer.Kapoor’s Jewish identity and his commitment to Jewish values run deep.He made aliya at the age of 16 with a younger brother, and stayed on Kibbutz Gan Shmuel from 1971 to 1973. After moving to London to study art, he frequently returned to Israel and spent a significant amount of time in Jerusalem, where he created the reflective stainless steel hourglass at the Israel Museum, called “Turning the World Upside Down” (2010).Kapoor won the Turner Prize in 1991 and received a knighthood in 2013. His works include “Cloud Gate” at Chicago’s Millennium Park and the “Orbit” at London’s Olympic Stadium. Kapoor also created the Holocaust Memorial for the Liberal Jewish Synagogue in London and the 70 candles for Holocaust Memorial Day in Britain in 2015, commemorating the 70th anniversary of the liberation of Auschwitz.Beyond his contributions to the arts, Kapoor has a long history of social activism and a commitment to social justice. For many years, he has been a public advocate for the cause of refugees and an outspoken advocate for displaced people everywhere.Recently, he visited Syrian refugees in the Za’atari refugee camp as part of UNICEF’s art-therapy program, which is intended to help children who have witnessed atrocities to express themselves through art.Established in 2012, the annual Genesis Prize has been dubbed by Time magazine as the “Jewish Nobel.” Previous laureates are former New York mayor Michael Bloomberg; actor and peace activist Michael Douglas; and violinist Itzhak Perlman, one of the world’s leading advocates for the rights of disabled people.The prize includes the $1m. award, which in the past has been matched with additional contributions from other philanthropists, including $2m. in 2015 and 2016 from businessman Roman Abramovich.It has become a tradition for Genesis Prize Laureates to direct the award and matching funds to meaningful causes they feel passionate about. During the last three years, the Genesis Prize Foundation contributed and raised almost $10m. to support philanthropic initiatives of the Genesis Prize Laureates.The laureates also commit to year-long engagement initiatives developed jointly with the Genesis Prize Foundation. In the past, these have included causes ranging from support of social entrepreneurship based on Jewish values; inclusiveness of intermarried families in Jewish life; and improving the lives of individuals with special needs.Further details on Kapoor’s “re-gifting” program will be announced by June 2017, the Genesis Prize Foundation said.