Spielberg's new movie based on book by 'anti-Semitic bigot'

Following Dahl's death in 1990, then Anti-Defamation League President Abe Foxman penned an opinion piece in the New York Times saying that Dahl was a "bigot" and "admitted anti-Semite." 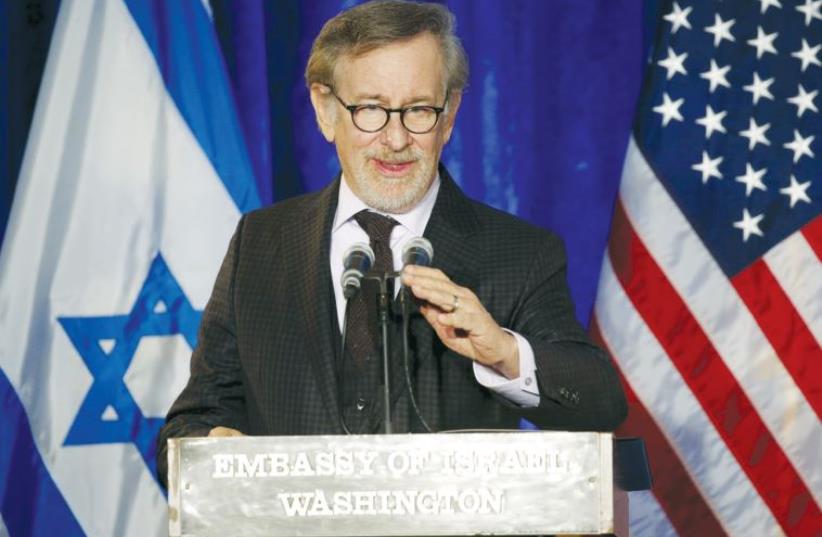 American film director and producer Steven Spielberg at the Righteous Among the Nations Award Ceremony in Washington, DC, in January
(photo credit: REUTERS)
Advertisement
Legendary Jewish Hollywood film director Steven Spielberg was caught off guard at the Cannes Film Festival Saturday evening after a reporter asked if he was aware of acclaimed children's author Roald Dahl's professed anti-Semitic views, according to USA Today.

Spielberg is currently in the French Riviera to debut his visually stunning children's adventure movie The BFG,  based on the book of the same title written by Dahl in 1982. Spielberg, director of Academy-Award winning Holocaust film Schindler's List and prolific philanthropist to numerous Jewish causes, said he "wasn't aware of any of Roald Dahl's personal stories.""I was focused on the story (Dahl) wrote," Spielberg added. "I had no idea of anything that was purportedly assigned to him, that he might have said."Following Dahl's death in 1990, then Anti-Defamation League President Abe Foxman penned an opinion piece in the New York Times saying that Dahl was a "bigot" and "admitted anti-Semite."Foxman's passages allude to a interview Dahl gave in the early 1980's to British magazine The New Statesman, where he stated: "There's a trait in the Jewish character that does provoke animosity ... I mean there is always a reason why anti-anything crops up anywhere; even a stinker like Hitler didn't just pick on them for no reason."Dahl later said in a review of Tony Clifton's picture book, God Cried, which documented Israel's assault on Beirut during the 1982 Lebanon War, that he was "violently anti-Israel."Dahl's prolific career as an author spanned decades, and includes popular children's tales such as Charlie and The Chocolate Factory, James and The Giant Peach, Matilda and Fantastic Mr. Fox- all of which have been made into feature-length films.Spielberg, a self described "ardent defender of Israel," said of the BFG: "This is a story about embracing our differences. The values in the book and in the film, those are the values I wanted to impart in the telling of this story.