Among those in attendance at the rededication was Tarek El-Messidi, founder of the Muslim organization Celebrate Mercy. 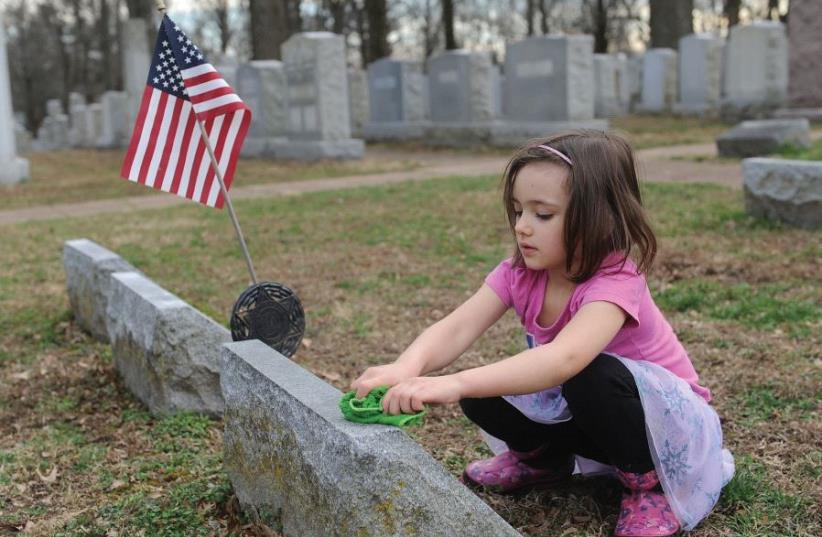 A child washes a headstone during a clean-up effort at the vandalized Chesed Shel Emeth Cemetery near St. Louis, Missouri, last February
(photo credit: MICHAEL THOMAS / AFP)
Advertisement
A St. Louis-area Jewish cemetery was rededicated nearly six months after more than 150 headstones were toppled and damaged by vandals.Dozens of members of the St. Louis Jewish community and its supporters gathered Sunday at the Chesed Shel Emeth cemetery in University City, Missouri, on Sunday to honor those who are buried there and acknowledge the help and support of the entire local community, local media reported. 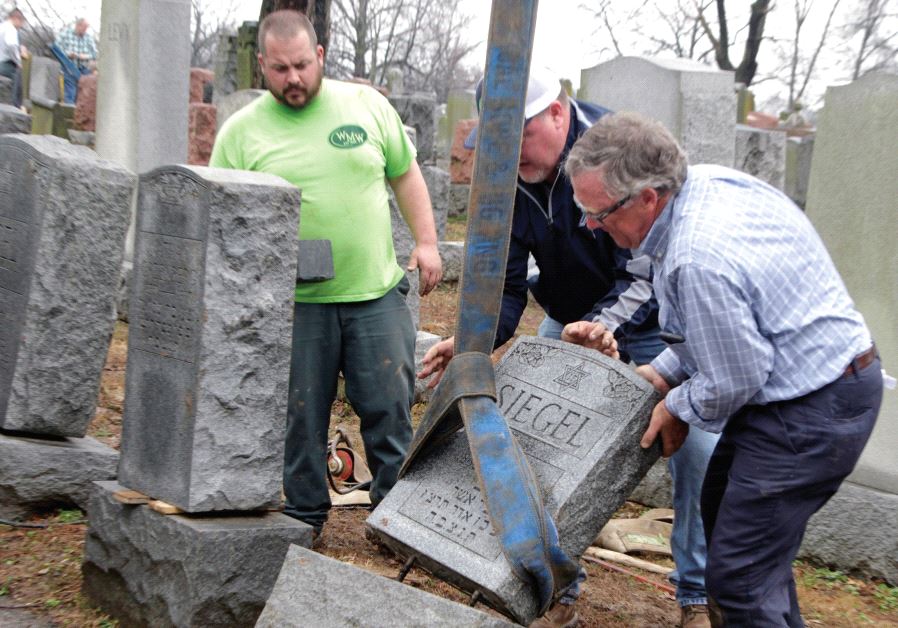 Toppled Jewish headstones after a weekend vandalism attack on Chesed Shel Emeth Cemetery in University City, a suburb of St Louis, Missouri, February 2017. (Credit: Reuters)“While God could not guard this sacred place from harm, God did send so many to repair, reclaim, and re-dedicate,” Rabbi Roxane Shapiro of the St. Louis Rabbinical Association said during the ceremony. “Our help had no barriers and no hate, simply care, compassion, and hope.”Among those in attendance at the rededication was Tarek El-Messidi, founder of the Muslim organization Celebrate Mercy. The group, with the support of other Muslim leaders including Linda Sarsour, set up a crowdfunding campaign which raised $162,000 from nearly 5,000 donors, exceeding in the first few hours its $20,000 goal to help repair the Chesed Shel Emeth cemetery. 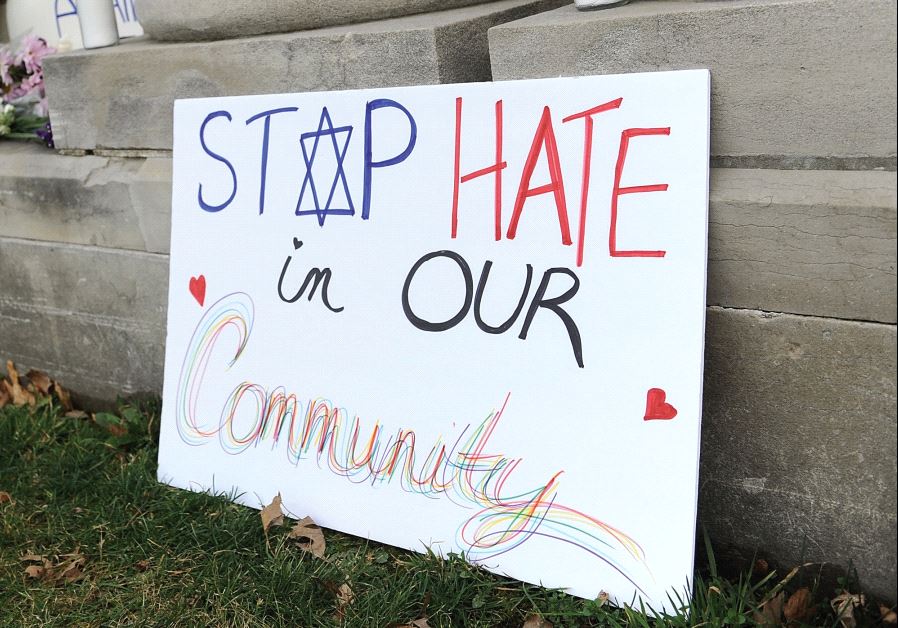 Signs on display outside the Chesed Shel Emeth Cemetery. (Credit: Michael Thomas/ AFP)Hundreds of community volunteers came to the cemetery to help with the cleanup and repairs in the wake of the attack, including Vice President Mike Pence and Missouri Gov. Eric Greitens, who is Jewish and had invited the vice president.No suspects have been identified in the vandalism attack. The Anti-Defamation has offered a $10,000 reward for tips that lead to an arrest in the case.