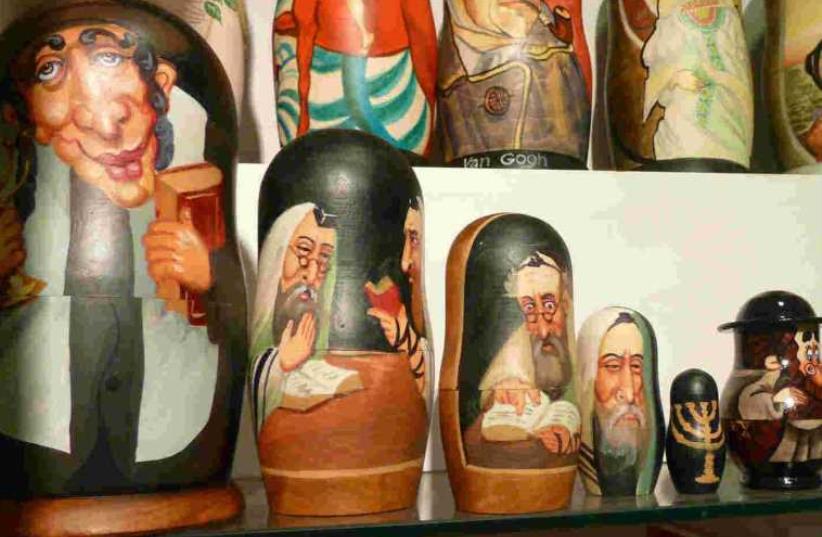 Russian nesting dolls painted with anti-Semitic stereotypes of Jews found in a Moscow hotel gift shop.
(photo credit: SIMON WIESENTHAL CENTRE)
Advertisement
Legal action is being urged after a number of gift stores on the premises of international chain hotels in Moscow were allegedly caught selling anti-Semitic and Nazi-themed items in its gift shop.The two stores in question allegedly leased the spaces and ran the enterprises independently from the hotel operations. In a letter to Russian Prosecutor-General Yuri Yakovlev Chaika, the Simon Wiesenthal Center urged legal action to be taken against the items' producers and distributors. Earlier this month, Russian President Vladimir Putin signed a federal law banning Nazi imagery. The Simon Wiesenthal Center's Director for International Relations, Dr. Shimon Samuels, was the one who spotted the shocking items while in Moscow for a conference celebrating the end of the Second World War, called 'The Lessons of Victory in the Second World War/The Great Patriotic War - Seventy Years Later.' The letter notes that the items are targeted to tourists and some even cost 27,000 rubles ($590 or NIS 2,317).One of the items he saw for sale was a Russian nesting "matryoshka" doll, painted with anti-Semitic stereotypes of orthodox Jews with big noses and peyot. The shock continued as he and colleagues also saw a chess set featuring Nazi Whermacht army figurines led by an Adolph Hiler figurine pitted against Red Army figurines led by a Joseph Stalin figurine. 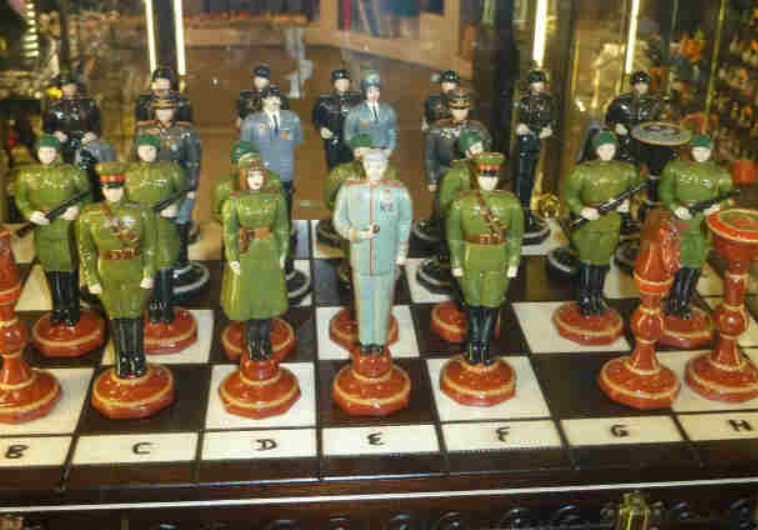 Samuels noted that not far from both of these shocking displays was a Russian veteran victory ribbon."Born in London, I have always acknowledged the role of the Red Army on the Eastern Front in preventing a Nazi invasion of Great Britain," Samuels wrote in his statement. "Thereby, your people's sacrifice contributed to the survival of British Jews from destruction in the Holocaust – only 50 kilometers away on the European continent."The center called the sale of these items "an insult to every Allied veteran and victim of World War II and also to the Russian tradition of chess excellence," and recommended that all the items immediately be confiscated.