For Conservative Jews who have observed the centuries-old prohibition against eating kitniyot over Passover, this year's seder promises to be like no other they have experienced. 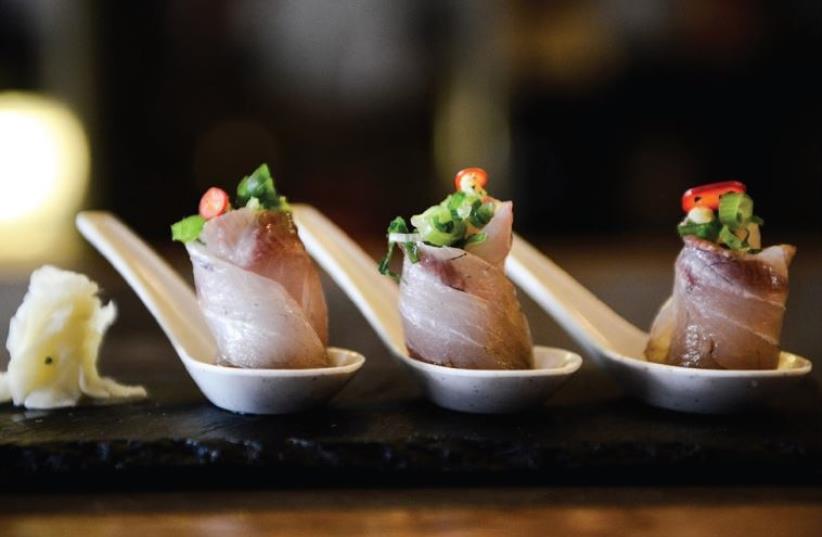 Yan sushi bar
(photo credit: PR)
Advertisement
NEW YORK - This year, the Passover menus of many American Jews may feature rice and beans or sushi for the first time, thanks to new rules taking them off the list of foods forbidden during the elaborate meals prepared for the long holiday, which begins on Friday.The change, approved by Judaism's Conservative movement in November, lifts a rule in place since the 13th century that prohibited Ashkenazi Jews outside Israel from eating a group of foods known as kitniyot - rice, corn, peanuts, beans and other legumes - during Passover.The move comes partly in response to the growing popularity of gluten-free and vegan diets, said Rabbi Elliot Dorff, chair of the Conservative movement's Committee on Jewish Law and Standards. But he said it is also a recognition of a changing composition and traditions of the Jewish faithful in the United States, which has the world's largest Judaic community outside Israel.Jews of Ashkenazi descent, typically from Eastern Europe, are still in the majority in the United States. But a growing number are of Sephardic descent, typically from Spain, Portugal, North Africa and the Middle East. And Sephardic Jews never had a ban on eating kitniyot during Passover.assover, which starts on Friday with a holiday meal known as a seder and ends on April 30, commemorates the flight of the Israelites from Egyptian slavery.Conservative Judaism, one of the religion's three major branches, observes Jewish law but not as strictly as Orthodox Judaism or as loosely as Reform Judaism.For Conservative Jews who have observed the centuries-old prohibition against eating kitniyot over Passover, this year's seder promises to be like no other they have experienced.Menus might include sushi, which is made with rice; rice and beans; hummus; chicken satay with peanut sauce and other once-forbidden foods. The new variety may satisfy seder guests who balked in the past at traditional dishes like beef brisket, gefilte fish and matzo ball soup."For vegans, it was really a matter of not having protein for eight days," said Dorff, a philosophy professor at American Jewish University in Los Angeles.Still taboo for all Jews during Passover are any foods that are leavened - called hametz - including such grains as wheat, barley, oats, rye and spelt. The only approved way to consume grains is in the form of matzo, a cracker-like food that symbolizes the Jewish flight from slavery, when there was no time for bread to rise.Changing rules is one thing; changing tradition another, said Rabbi Amy Levin, interim rabbi at Congregation Rodeph Sholom in Bridgeport, Connecticut, whose research supported the decision to make kitniyot kosher for Passover."I'll make lentil soup in the pots I bought myself," Levin said. "But the pot I inherited from my grandmother, I don't know. She never wanted to put lentils in that thing!"