Swiss MPs: Funding for Breaking the Silence a ‘scandal and misuse of tax money’

“Disinformation and the political ideology of hatred are being directed against the Jewish state," say 10 members of Swiss parliament. 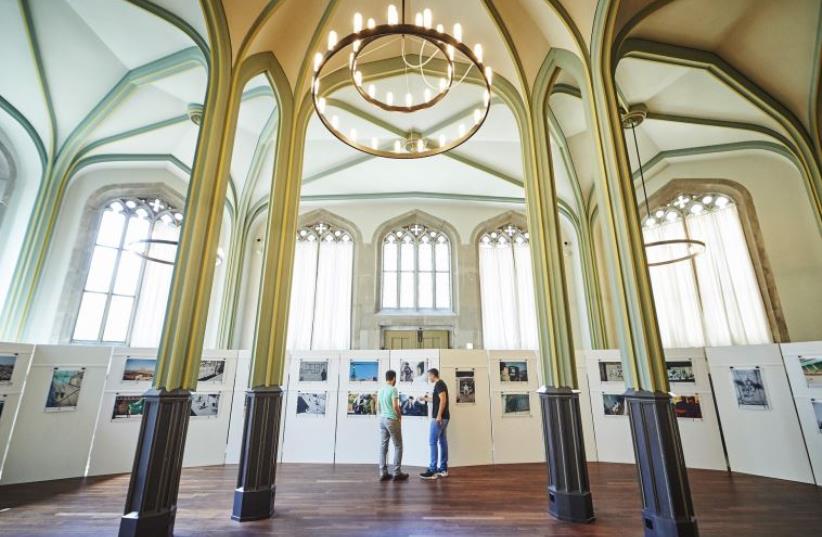 The Breaking the Silence exhibit at the Kulturhaus Helferei in Zurich, Switzerland
(photo credit: AFP/MICHAEL BUHOLZER)
Advertisement
The opening of the Breaking the Silence exhibit in Zurich on Thursday unleashed a firestorm of criticism from Swiss politicians who say the country’s Foreign Ministry misused public funds to finance a hate-filled exhibit targeting the Jewish state.“We condemn sharply the sponsorship of Breaking the Silence, with public monies through the EDA [Swiss Foreign Ministry] and the Zurich Finance Department, and expect in future a careful examination of projects and those organizations standing behind such projects before Swiss taxpayer money is misused,” 10 Swiss MPs from the parliamentary Swiss-Israel parliamentary group said in a statement dated Tuesday.“Disinformation and the political ideology of hatred are being directed against the Jewish state and, of all things, it is shameful that Switzerland, on whose soil the nucleus of peaceful political Zionism developed in Basel [at the First Zionist Congress in 1897], is participating in such activities,” they continued “This should never be allowed to happen again,” the lawmakers said.They called on the EDA and the Zurich Finance Department to “publicly distance themselves from the Breaking the Silence exhibit and make clear their positions to Israel.”The Breaking the Silence exhibit runs for 10 days. The Jerusalem-based NGO stirred up controversy last month when it accused the IDF of firing indiscriminately at Palestinians during last summer’s war with Hamas in the Gaza Strip – a practice it said ran contrary to the army’s past policy of employing minimal force.To support its claims, the group compiled anonymous testimonies from 60 soldiers who fought Hamas during Operation Cast Lead into a 237-page report titled “This Is How We Fought in Gaza.”The conservative Swiss People’s Party politician Christoph Mörgeli said he would prefer to discontinue the funding of such organizations.“The support of NGOs is problematic” because there are ideological conflicts, he told the Zurich-based Tages-Anzeiger daily.The paper quoted the Swiss-Israel parliamentary group saying the funding of Breaking the Silence is “a scandal.”In their statement, the legislators termed Breaking the Silence an organization that seeks European funding to present “one-sided, unbalanced non-scientific reports which accuse Israel, the only democratic state in the Middle East, of serious human rights violations.” The parliamentarians said the NGO belongs to the Boycott, Divestment, Sanctions movement and its work is “propaganda.”Jonathan Kreutner, the general secretary of the Swiss Federation of Jewish Communities, representing the country’s 18,000 Jews, told The Jerusalem Post, “We think this exhibition is one-sided because we are missing the official Israeli position of the IDF and the government, but at least we know that there are some Jewish voices participating in the panel [discussion] which will take a pro-Israeli or pro-Jewish side that makes it a little bit less one-sided. We can’t understand why the Swiss government is supporting this.”According to an analysis by the Jerusalem-based NGO Monitor organization, “BtS [Breaking the Silence] makes sweeping accusations based on anecdotal, anonymous and unverifiable testimonies of low level soldiers. These ‘testimonies’ lack context, ignoring the fact that during the 2014 Gaza war heavy fighting took place between Israel and terror groups in Gaza, and that soldiers faced grave danger throughout the conflict from rockets, mortar shells, and terrorists emerging from tunnels dug beneath private homes. These distortions and erasures dovetail with BtS’s ideological agenda and fuel delegitimization campaigns against Israel.”The Swiss Agency for Development and Cooperation provided funding to Breaking the Silence for the period 2014-2016 in the amount of $65,000, the Zurich-based Blick newspaper reported.The Foreign Ministry’s Human Security Division gave Breaking the Silence $53,275 for 2015. The ministry’s spokesman Stefan von Below said $15,963 was transferred to the Reform Church’s Kulturhaus Helferei, the location of the Breaking the Silence exhibit.The politicians from the Swiss-Israel parliamentary group who slammed the government for financing the exhibit: Erich von Siebenthal, Hans Fehr, Yves Nidegger, Jean-Pierre Graber, Ulrich Gieze ndanner and Hansjörg Hassler, all of whom are from the Swiss People’s Party, Gerhard Pfister and Alois Gmür, from the Christian People’s Party, as well as Roberta Pantani and Lorenzo Quadri, from the Ticino League party.Herb Keinon contributed to this report.