"When I showed him the tefillin, he smiled," said Rabbi Dovid Goldstein. "And no one ever smiles on death row." 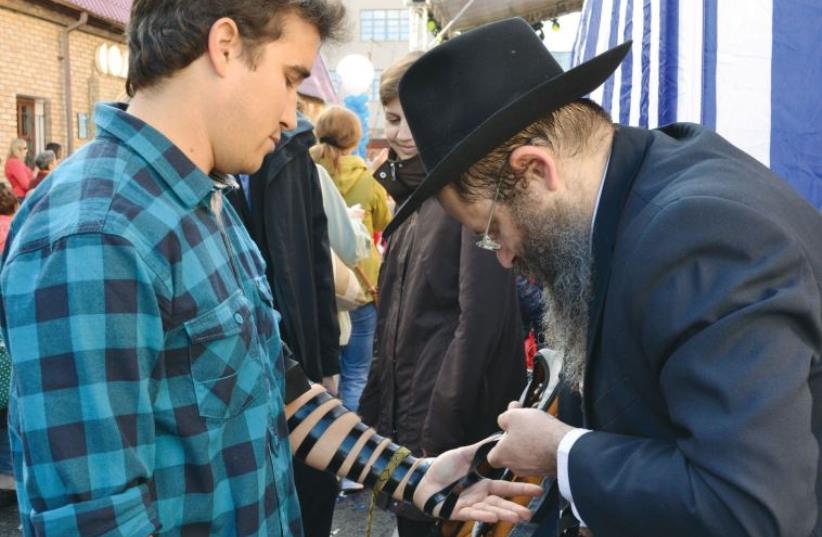 A rabbi wraps tefillin on a young man during the Jewish festival in Kazan
(photo credit: LAURA KELLY)
Advertisement
Rabbi Dovid Goldstein, a chaplain in the Texas prison system, brought some light into a dark place when he secured for a Jewish death row inmate the right to put on tefillin, as part of his last rites.16 years ago, Jedidia Murphy killed a 79-year-old woman. Murphy was sentenced to death, and has since served time in Livingston, Texas.Goldstein spent three months arranging for Murphy, who had never put on tefillin before, the chance to fulfill the rites of every Jewish Bar Mitzvah boy. “When I showed him my tefillin and asked him what they were,” said Goldstein, “he told me, ‘Yeah, those are tefillin. I was in foster care by the time I was 13 and never got to have a bar mitzvah.” "He smiled," said Goldstein. "And no one ever smiles on death row."The Chabad Rabbi continued, “within the greatest darkness, you can always find light. Prisons—and especially death row—are the darkest places in the world. Can you imagine the light that came into the world when a Jewish inmate put on tefillin?”