The Friends of Zion Museum opens to the public

Jerusalem institution highlights the support for the Jewish people by Christian Zionists. 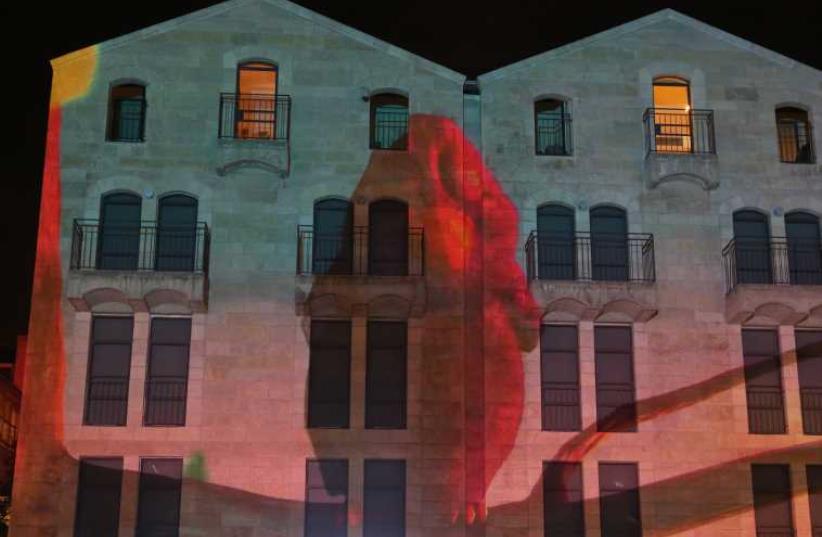 Jerusalem's Friends of Zion Museum shows Israelis they are not alone
(photo credit: COURTESY FOZ)
Advertisement
When he announced the Friends of Zion Museum project, Dr. Mike Evans, laid out his vision. He wrote, “The building will be a museum to combat anti-Semitism. The new museum will allow us to show to Jerusalem and Israel that real Christians love the Jewish people.”Now the dream is real – the Friends of Zion Museum opened its doors in Jerusalem in April. This unique institution portrays the story of the support for the Jewish people and nation of Israel by non-Jews, from the first Christian Zionists of the 19th century who encouraged Theodor Herzl to those who played active roles in the establishment of the State of Israel.The five-story building that houses the museum in downtown Jerusalem has been transformed into a hi-tech, interactive museum that takes visitors on a journey from the time of Abraham to the present. During the more than four years of design and development, this museum was dreamed and planned to be unlike any other project in Israel. It is, in fact, a vast piece of art; seven chapters one experiences like nothing else.Every gene of the Museum is engineered by an all Israeli team of professionals working together to design a complete indissoluble whole. Architecture, Interior Design, Crowd Flow, Design, Technology, Cinematography, Art, Music, Special effects and more flow together into a living storyline that captures the imagination and the heart. There are so many aspects thought out, studied, developed and produced, and they all come together to spread a message of friendship, a connection, teaching the untold story of the history and heroes of Christian Zionists. The Visionaries Gallery features an immense “mural” composed of LED high-definition screens. Touch the screen and the story of those who stood with Theodor Herzl and the early Zionists in working together toward the creation of Israel comes to life before your eyes. In contrast with this brightly lit and cheerful area, visitors move next into almost total blackness as they enter the chamber presenting Israel’s “Lights in the Darkness”.Here the horrors of the Holocaust unfold – but also the stories of non-Jewish heroes who risked their lives and gave so much to rescue Jews from certain death. After the presentation ends, visitors can hold out their cupped hands while a hidden projector beams the names and faces of someone rescued from the Shoah by a Christian into them – an almost surreal experience.Down the stairs, visitors enter the Theater of the Brave, encountering life-sized holographic images of Lt. Col. John Patterson, French General Marie Koenig, US President Harry Truman and Major General Orde Wingate; who tell the stories of their own contributions to the Jewish people. This “face-to-face” encounter with these heroes of the past in this walk-through display challenges the visitor to join the battle against anti-Semitism.Visitors complete their journey in the Grand Finale Theater, where they don 3-D glasses for a stunning visual display that sums up the heritage of the Christian Zionists. Each visitor is challenged to personally make the biblical commitment of Hineni, “Here am I,” to defend His Chosen People.www.FOZHC.net
sign up to our newsletter