The resurgence of Jewish life in Poland

“Jewish life in Poland is thriving in a way that you won’t see anywhere else in Europe,” said Jonathan Ornstein, director of the Jewish Community Center in Krakow. 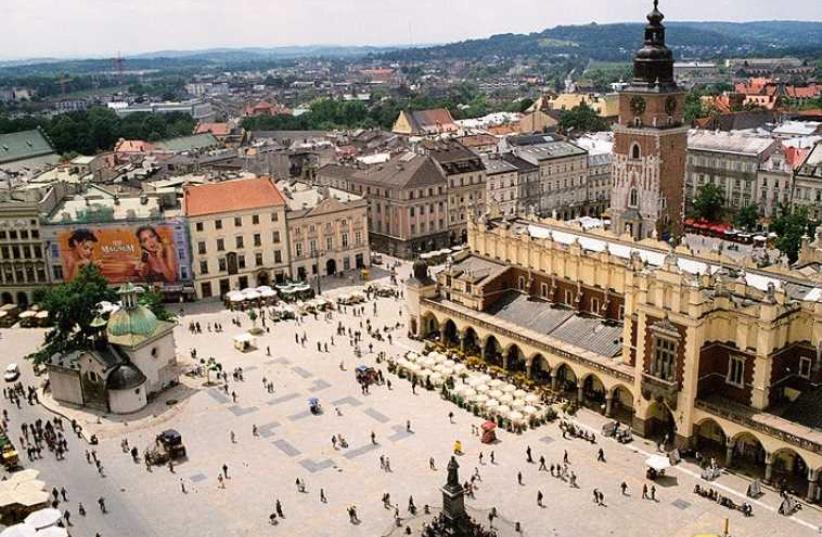 Krakow.
(photo credit: Wikimedia Commons)
Advertisement
“There’s a miracle going on in Poland; Jewish life is thriving, and it’s easier, safer and better to be Jewish every day in Poland than anywhere else in Europe,” Jonathan Ornstein, the director of the Jewish Community Center of Krakow, told participants in a conference marking the 25th anniversary of the renewal of diplomatic relations between Poland and Israel.The American-born Ornstein is a triple national, who made aliya from New York in 1994, lived for seven years on kibbutz, spent two years in an IDF combat unit, then moved to Poland in 2001. With the opening of the JCC in 2008, he became its director.“Jewish life in Poland is thriving in a way that you won’t see anywhere else in Europe,” he said, commenting that although Poland is often seen as a place of tragedy, “there has been an amazing rebirth of Jewish life.”Speaking on Sunday at the Jerusalem headquarters of the American Jewish Committee, where many Polish and Israeli diplomats and other officials who had been engaged in reestablishing and enhancing the bilateral relationship had come together, Ornstein said that many Jews who had stayed in Poland after the Second World War had gone underground, and their children have only relatively recently found out that they are Jewish and are reconnecting to the Jewish world.Young people walk into the JCC every day and say something to the effect of “I’ve just found out I’m Jewish. Can you help me explore my roots?” Ornstein related.Some of them who come to Israel with Birthright groups become very attached to their Jewish identities, he continued.Under the Communist regime, he said, there had not been a way for tens of thousands of Jews to connect.“Now the environment is conducive to Jews, and they’re finding their way back.”Like other speakers, Ornstein referred to the thousand- year history of Jews in Poland, saying it is a complicated history but not always a dark history, and today it is a powerful symbol for the Jewish world.Aware that Israelis and other Jews come to Poland more to learn firsthand about the death camps than for other reasons, Ornstein told the Israelis in the audience: “When you come, it’s not just about loss, it’s about life. Don’t forget that.”Ornstein’s sentiments were endorsed later in the evening prior to the screening at the Begin Heritage Center of a meaningful documentary on the futile attempts by Polish hero and resistance fighter Jan Karski to get world leaders to pay attention to what was happening to the Jews of Poland during the Holocaust years.World Jewish Congress president Ronald Lauder, who was among the pioneer philanthropists who set out to find hidden Jews during the years in which Poland was still subservient to Moscow, said that in the mid-1980s he hired Rabbi Chaskel Besser, who had escaped from Poland in 1939, to go from town to town and village to village throughout Poland and to advertise that he was looking for Jews and that anyone who knew themselves to be Jewish should come to a certain hotel on a certain date at a certain time.In one place there were 10 Jews, in another there were five, but in Katowice there were 150. In a space of two years, Besser had located 3,000 Jews.With regard to Karski, whom Lauder had met personally, Lauder said that for as long as he could remember, Karski had been one of his heroes “because he stood up when others remained silent.”Lauder asked Poles to speak up on behalf of the Christians who are being killed in the Middle East and Africa and whose churches are being destroyed.“There is silence in the world again today,” he said. “We Jews know what happens when the world is silent.”