Nunberg told Business Insider that he does not recall making the offensive posts, and that he was not employed by the Trump campaign when they were posted. 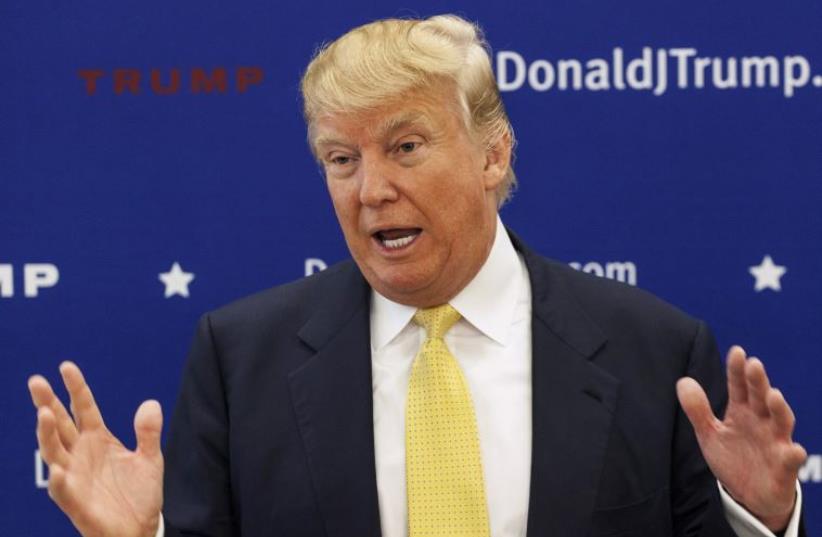 US Republican presidential candidate Donald Trump
(photo credit: REUTERS)
Advertisement
A Jewish adviser to Donald Trump’s presidential campaign was fired over racist and incendiary Facebook posts.On Sunday, the campaign acknowledged the dismissal of Sam Nunberg two days after reports, first reported by Business Insider, that he has been making such posts on his personal Facebook page since 2007.Nunberg told Business Insider that he does not recall making the offensive posts, and that he was not employed by the Trump campaign when they were posted.He was one of eight paid political advisers on the Trump campaign as of April, and was paid more than $15,000, Business Insider reported, citing Trump campaign finance reports.“Sam Nunberg is just a short-term consultant with the campaign along with many others. If he did make these statements he will be terminated immediately,” a campaign spokesman told Business Insider on Friday. “Mr. Trump would never condone such statements from anybody in his campaign … even if that person had a low-level campaign position.”In an August 2007 post, Nunberg wrote about calling the Rev. Al Sharpton’s daughter “N—!” He also saved some of his most incendiary remarks for posts about President Barack Obama, calling him a “Socialist Marxist Islamo Fascist Nazi Appeaser,” according to Business Insider. He also spoke about the president as a “Kenyan” and “Muslim.”Trump’s special counsel, Michael Cohen, apologized last week after saying there is no such thing as marital rape. Cohen also said that Trump supported fellow candidate Mike Huckabee’s characterization of Obama marching Israelis “to the door of the oven” as part of the Iran nuclear deal and bolstered the argument by saying he was not offended by the statement despite losing family members during the Holocaust.