The Anti-Defamation League on Friday offered a reward of up to $5,000 for information leading to the arrest and conviction of attacker. 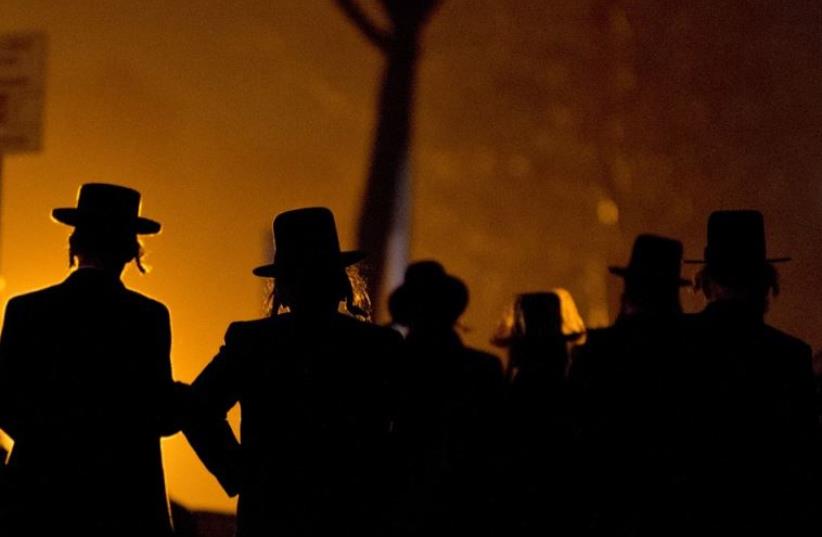 Hassidic Jews arrive at a mass gathering in Brooklyn
(photo credit: REUTERS)
Advertisement
A Jewish woman walking in the Crown Heights neighborhood of Brooklyn was punched by a black male who then ran off.
It is the second such attack on the same street in less than 48 hours.The woman was walking on Friday afternoon on Kingston Avenue, a main thoroughfare in the neighborhood, when she was approached by the black male who was dressed all in black, who punched her with force in the arm before fleeing, the COLive news website reported. The attack was witnessed by other women who encouraged the victim to file a report with police.The Anti-Defamation League on Friday offered a reward of up to $5,000 for information leading to the arrest and conviction of attacker.“This is the second alleged unprovoked assault of a member of the Jewish community in Crown Heights in the past week alone. We remain deeply concerned about these alleged acts of violence and the escalating climate of tension and fear that has followed,” said Evan R. Bernstein, Regional Director of ADL New York / New Jersey.On Wednesday, a black male approached an identifiably Jewish man in his 20s and punched him in the chest in an unprovoked attack. The assailant kept on walking after the attack, which was caught on video by a surveillance camera from a nearby store.The NYPD Hate Crimes unit is investigating the attack.The NYPD reportedly has assigned extra patrol cars and police foot patrols in the neighborhood, particularly on Kingston Avenue.