Chatterjee says that he has been harassed and discriminated against because he "refused to support anti-Semitic, anti-Zionist activity."

By JPOST.COM STAFF
SEPTEMBER 1, 2016 12:11
UCLA campus
(photo credit: REUTERS)
Advertisement
Milan Chatterjee, former UCLA student president and recipient of the American Jewish Committee’s inaugural Campus Courage Award, informed UCLA late last month that he would be leaving the university due to a “hostile and unsafe campus climate” created by pro-BDS organizations.Via , Chatterjee said that the UCLA campus had “become so hostile and unsafe” that he just couldn’t stay there anymore.During his tenure as president, Chatterjee, who in Hindu, distributed Graduate Students Association funds for a UCLA diversity event contingent on its sponsors not being associated with the BDS movement.The UCLA Discrimination Prevention Office concluded that Chatterjee violated the university’s policy of viewpoint neutrality.In his letter on August 24, Chatterjee wrote that he has been harassed and discriminated against because he “refused to support an anti-Semitic, anti-Zionist activity, organization and position while serving as president of the UCLA Graduate Student Association.”“I reached out to senior members of your administration many times – for guidance and support to diffuse this situation,” he wrote. “Furthermore, I believed that these administrators would be especially sensitive given the public outcry caused by similar BDS-led efforts against UCLA students.”Instead, he noted, “I could not have been more mistaken. Your administrators were non-responsive and unhelpful.”In response, UCLA released a statement saying that “though the university does not support divestment from Israel, and remains proud of its numerous academic and cultural relationships with Israeli institutions, supporters and opponents of divestment remain free to advocate for their position as long as their conduct does not violate university policies.”Chatterjee plans to finish his law degree at the New York University School of Law.JTA contributed to this story. 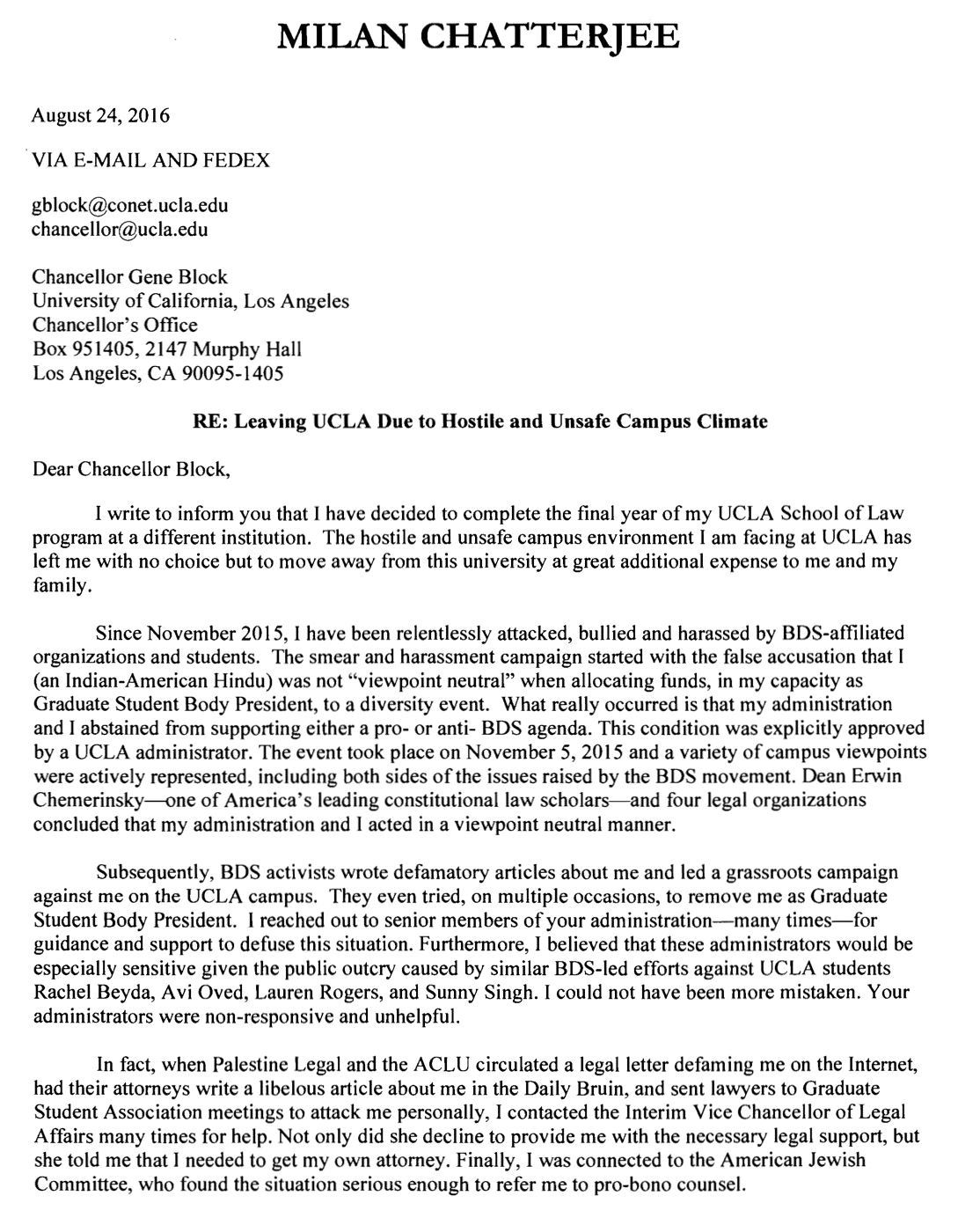 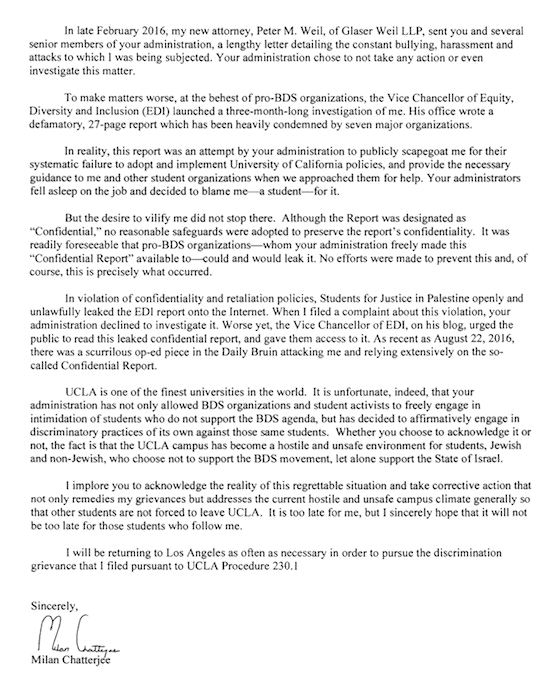